In 2019 for the Russians to change charges for utility services

2019 will increase tariffs for housing and communal services (HCS). 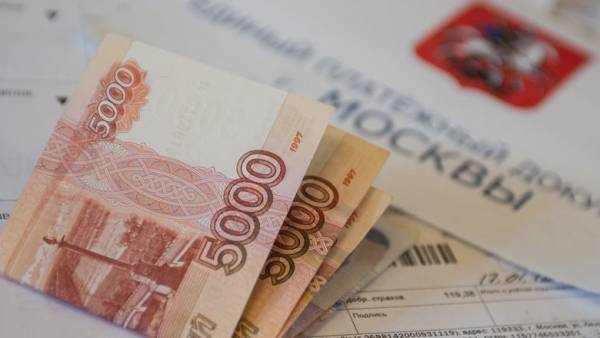 What services will rise in price? What to do if the payment can’t afford it? This was told to the “hot line” in “the Russian newspaper” the Executive Director of the National centre of public control in the sphere of housing (“housing Control”) Svetlana Razvorotneva.

What are the characteristics of growth rates in 2019?

Svetlana Razvorotneva: If we used to have this payment was increased mid-year in July, and once, next year it will be increased two times. The first increase — from 1 January to 1.7 percent on average in the country. The following increases will take place in July. In July, the rates will increase by 2.4 percent national average.

There is a guarantee that the regions will not increase the payments?

Svetlana Razvorotneva: Limit their size is limited by the government. The President instructed that the payments shall not exceed the rate of inflation. In recent years this mandate is adhered to. Payment in the country grew by four percent on average, while the maximum growth for each region is determined by the government. Faster growth of payments in Moscow and St. Petersburg. But in some regions, for example, in the North Caucasus, they grew more slowly than across the country.

This increase included all the payments?

Svetlana Razvorotneva: Not included fee for garbage collection, it is introduced from 1 January 2019. Most regions will go from January 1 to the new scheme of municipal solid waste management, the fee for garbage will have a new line in the section “payment for utilities”. We suspect, from the string “the contents…” this fee will withdraw completely. Because the management company is still obliged to service, for example, container yards.

The fact that the rates increase in two stages, is it good or bad?

Svetlana Razvorotneva: of Course, it is good primarily for energy supply companies. If this increase was not two-step, and only from 1 July — as usual, they have to be any cash gap: VAT on January 1 has increased, but the rate has not changed.