The expectations of the Russians from Christmas gifts don’t coincide with what they actually receive for the holiday. 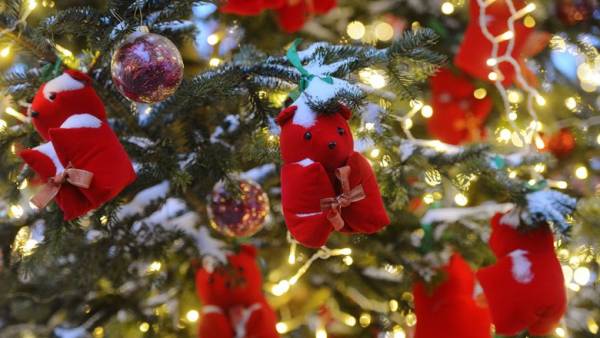 When people receive a gift money in the form of a prepaid card (Bank card with a certain amount in the account, which you can donate), the first thing they buy clothes and shoes, found the Bank “Russian standard”. He reviewed the transaction from “new year’s” cards.

On the category “clothing and footwear” accounted for 23% of all spending on these cards. The card holders are also actively spending money in grocery stores (15% of the cost), restaurants and cafes (13%), cosmetics and electronics (7%).

The new year according to the survey of the Bank “home credit” this year to give gifts collected 86.3% of respondents. First of all it will be toys, cosmetics and perfumes, food (including alcohol and confectionery), clothing and electronics. But coveted tourist trips will give up only 0.2% of respondents, the mobile phone is 3.7%. Jewelry and computers is also not the most popular category — they are going to give 5,6% and 1.8% respectively.

“The most popular purchase in the New year’s eve among the clients of Alfa-Bank has for many years been the book,” says the Director of the processing center of Alfa-Bank Sergey Brynin. According to him, in the new year period and rising average ticket purchases in average by 10-15%. This year the same thing happened, and the number of purchases has decreased, said the representative of Bank “the East”. According to him, the increase in the average cheque can be explained by the price growth for the year.

Compared with the survey of 2015 reduced the number of people, spending on gifts more than 5000 rubles. and increased the number of those who are either not planning on buying gifts at all, or is going to give them less than 1000 rubles.

Taught by experience, the Russians do not rely on gifts and spoiling themselves. To make the gifts this year are going to 74% of men and 80% women, the survey showed Deloitte. Basically it will be mobile phones and cosmetics.