The U.S. special envoy to the coalition fighting ISIS has resigned

The special representative of the President of the United States on cooperation with other countries in the fight against banned in Russia grouping “Islamic state” Brett Mcgurk said about leaving his post. He took this decision in protest against the withdrawal of American troops from Syria. 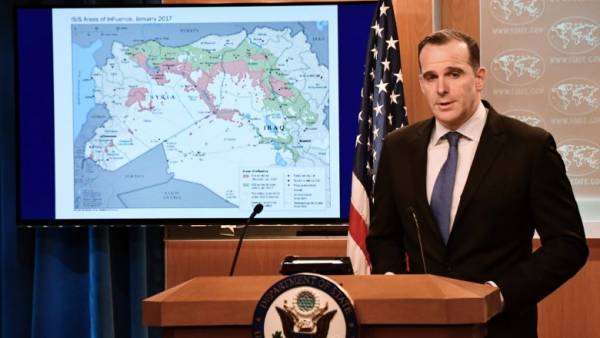 According to CBS News, Mr. Mcgurk already informed Secretary Mike Pompeo on his retirement. That the special envoy will leave the post, was known before, but it was assumed that it will last until February 2019. Now, according to sources, a TV channel, Mr Mcgurk intends to resign at the end of December. It is assumed that after retiring from civil service he will work at Stanford University.

Mcgurk headed the U.S. mission against ISIS on the battlefields in Syria, Iraq, Afghanistan and other countries in 2015. He was one of the few appointees of the former President Barack Obama, which the team of Mr. trump asked me to stay at his post. Prior to that, he worked in the administration of George W. Bush.

On the eve of his desire to leave his post also announced the Pentagon chief James Mattis, who was not satisfied with the decision of Donald trump to reduce the number of US troops in Afghanistan.

Between the President and gospodina by Mattis were other differences: the head of Department also holds other positions on policies, NATO, North Korea and the exit from nuclear deal with Iran.

The withdrawal of US troops from Сирии22 decaration stated that the remains of ISIS* in Syria “will take care of the local countries”21 decoratively rabies. Why trump is looking for a replacement defense Minister США21 Dekabristov: the parties to the peace process in Syria is unlikely to feel sorry about a possible US withdrawal from the country