Doctors Jose Marquez (Jose Marquez) and Michael Schindlbeck (Michael Schindlbeck) described an interesting case in the New England journal of Medicine. The patient had received lead poisoning after 14 years after a gunshot wound to the leg. The medics removed the bullet immediately, and over the years it broke into pieces, causing men health problems. 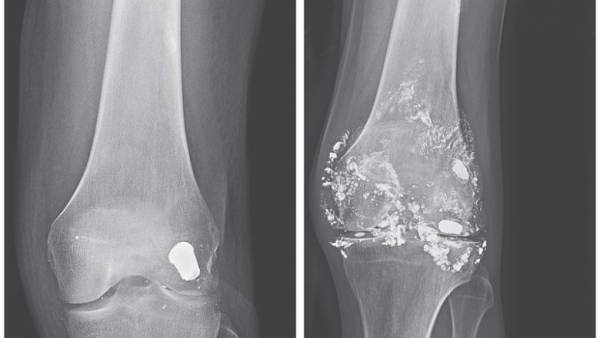 46-year-old man went to a Chicago hospital John Stroger with a complaint of worsening chronic pain in his left knee. 14 years ago the patient received a gunshot wound in the leg, in one of the femoral condyles (the so-called projections or thickenings at the ends of long bones which enter into the composition of joints or serve for attachment of muscles). When the patient was taken 14 years ago with a wound, x-rays showed that the bullet lodged in the bone, and the surgeons decided not to remove it. 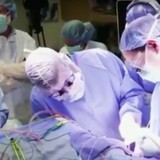 Operation on the brain was accompanied by the singing patient

Once again the man asked for help, he again did x-rays and it turned out that for 14 years the bullet broke into pieces, which remained in the tissues of the knee joint. As a result, the patient in the joints have accumulated a large amount of fluid. Moreover, he found elevated levels of lead in blood and anemia that often accompanies lead poisoning. To take it out of the body, the patient was prescribed chelating therapy. It is used to treat heavy metal poisoning such as lead or mercury.

As part of the bullet could not only further damage the joint and cause more serious poisoning, doctors had planned to remove the bullet. But the patient, without waiting for the operation, disappeared and his fate is unknown.