Moscow. 21 Dec. INTERFAX.RU — conviction of a former head of the Republic declared in absentia, as he is outside of the country. 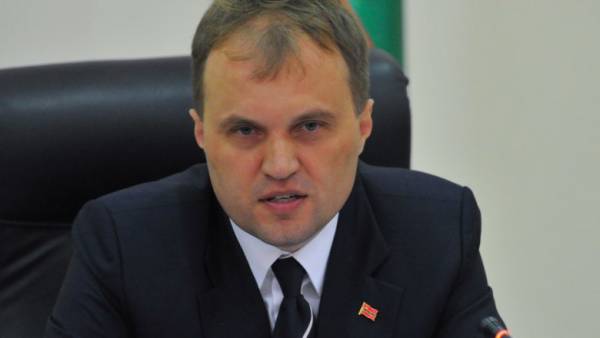 The court sentenced the former President of the unrecognized Transnistrian Moldovan Republic Yevgeny Shevchuk to 16 years of imprisonment in a strict regime colony and a fine in the amount of 600 million Transnistrian rubles (about 2.5 billion Russian rubles — Interfax), reports on Saturday channel “Transnistrian”.

Shevchuk Yevgeny Vasilyevich found guilty of all incriminating him episodes of crimes: two counts of receiving a bribe in the large size and three counts of abuse of power.Alexander Storesonline management of Prosecutor’s office of PMR

The Supreme court denied Shevchuk of state awards and has forbidden to occupy the government positions for five years after release.

Sentence imposed in absentia, as Shevchuk is outside of the country.

The press service of the Supreme court held the hearing are not reported.

The former head of the Republic was charged with “five counts of funds, “biochem”, smuggling, illegal removal of 30% of pensions and salaries, pardon violations of the law.”