Erdogan has postponed the start of military action in Syria

Turkish President Recep Tayyip Erdogan has postponed the timing of the start of the military operation in Syria, reports the Turkish news Agency “Anadolu”. 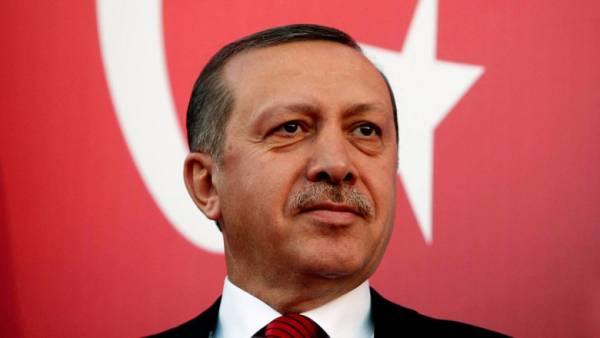 According to the head of the state, a decision he took after his conversation with the US President Donald trump, contacts with representatives of the security institutions of Turkey and the United States, as well as the statements of the American side.

“We are talking about the temporary postponement of the operation,” said Erdogan. According to him, Turkey should take steps to stabilize the situation in Syria. Ankara is not going to capture Syria, the military operation is a response to the actions of the terrorists in Syria.

“Arabs, Kurds and Turkomans of Syria welcomed the military operation of Turkey. They trust Ankara,” said Erdogan, calling security in the region a priority for the country. In the fight against the terrorists, Turkey is actively cooperating with Russia and Iran, he said.

Erdogan on 12 December said that Turkey in a few days will start a military operation on Syrian territory, East of the Euphrates. In a week, Erdogan said that trump commended Turkey’s military operation. The Turkish military is ready to begin operation along the entire section of the Turkish-Syrian border at any time, claimed Erdogan.

According to him, it is about the suppression of the Kurdish people’s protection units (YPG). In Turkey, the YPG is considered a terrorist organization banned in the country, the Kurdistan workers ‘ party.