U.S. senators called for action against Russia in the Black sea

WASHINGTON, 19 Dec — RIA Novosti. More than 40 U.S. senators amid threats of Kiev to make a new provocation presented on Wednesday the project with a call to conduct a multinational operation in the Black sea with the aim of ensuring freedom of navigation. 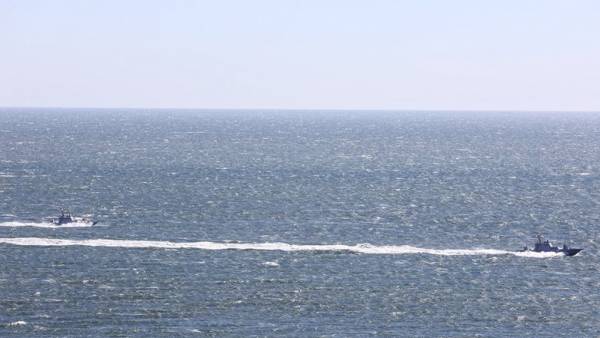 Earlier Wednesday, Secretary of the national security and defense of Ukraine Oleksandr Turchynov said that Kiev is planning to implement a new Ukrainian vessels passage through the Kerch Strait. The Minister of foreign Affairs of Russia Sergey Lavrov, in turn, noted that the President of Ukraine Petro Poroshenko is preparing a provocation at the end of December on the border with Russia.

“The Senate calls on President to work with allies of the United States, in a short time active to lead a multinational operation to ensure freedom of navigation in the Black sea and help to show support for internationally recognized borders, bilateral agreements and safe passage through the Kerch Strait and the Azov sea, and to repulse the excessive claims of the Russian Federation of sovereignty”, — stated in the document on the website of one of its authors Senator Ron Johnson.

The conflict between Russia and Ukraine in the Kerch проливе19 decabrachia announced a new campaign of their war ships through the Kerch пролив18 daybreakersmovie, Russia has recognized the threat to Украины17, dekabristy said that Ukraine has no plans provocations on the borders with Russia

Just underneath it signed 41 Senator out of 100. In addition, the document calls for NATO to increase its presence in the Black sea, and also appeal to European allies and partners to deny the Russian warships of the right of entry to their ports for resupply and refueling.

“(The Senate) encourages the President to use his powers… to expand the capabilities of the Ukrainian military,” — said one of the points.

The following paragraph refers to the provision of additional assistance to Ukraine in the security sphere, “especially in terms of increasing the capacity of Ukraine on the sea.”