The Manager fell to 800 million

Arrested the former head FGUP “RSU of the Ministry of internal Affairs of Russia”. 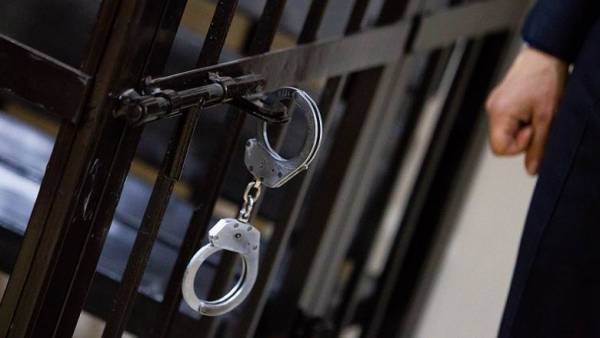 As it became known “Kommersant”, in Moscow arrested the former head FGUP “RSU of the Ministry of internal Affairs of Russia” Alexey Smyk, from abuses of power, which, according to the investigators, the police Department has lost more than 830 million rubles., including in the construction of his hospital. The basis for the subsequent arrest of the former Manager was the fact that the place of its permanent residence is Cyprus. Interestingly, a few years ago Mr. Smyk was a witness for the prosecution in the case of ex-head of Ministry of internal Affairs of the Ivanovo region General Alexander Nikitin, who was sentenced for abuse of office committed during the construction of the administration building.

Alex Smyk, who was recently unemployed, was arrested by investigators GSU of Investigatory Committee of Russia (TFR) in Moscow on 14 December, and the next day accused of committing a crime under part 2 St. 201 criminal code (abuse of powers entailing serious consequences). According to investigators, abuse Mr. Smyk began in 2014 when, as acting General Director of FGUP “RSU of the Ministry of internal Affairs of Russia” concluded with the Ministry of the three contracts. According to them, for 322 million rubles were to build a complex of buildings and engineering systems of the Central United database storage resources of the MIA of Russia in the Moscow region town of Reutov, for RUB 1 billion to build an addition to the main clinical hospital (GCG) of the Ministry to the street people’s Militia, and another 476 million rubles to build the underpass in the same GCG and warehouses. MIA as an advance transferred to FSUE more than 601 million rubles, but the work was not completed on time, and that was the reason of the trial in the arbitration court. The final decision on the case is still pending, however, the Department, finding that RSU, which is now in the process of bankruptcy, the damage still does not compensate, addressed in the TFR.

November 15, according to the results of the preliminary investigation opened a criminal case in which Mr. Smyk initially was a witness. Then it joined with another, to which Alex Smyk in 2014-2015, abusing authority, provided unjustified transfer 234 million rubles to the accounts of companies “RB-Tools”, CON, “the Cascade-holding” and “Bellatrix” acting sub-contractors in various construction projects of the Ministry of interior. Guilt Mr Smyk did not recognize.

In turn, the investigator of GSU SKR, has addressed in Presnensky regional court with the petition for arrest of mister Smyk, said that he has extensive contacts in law enforcement, commercial and state structures.

It should be noted that the manual of departmental FSUE Mr. Smyk worked for four years, and before that was the head of ANO “Moscow business” Diya, Deputy head of the Council of the district Zamoskvorechie on trade and Deputy of the Presnensky municipal meeting of Moscow from the “United Russia”. In addition, the court noted that the accused might exert pressure on its former workers in DCS who gave evidence in the case, but also to escape abroad. In this case, the place of permanent residence of the former head of the enterprise of the Ministry of interior was named the Republic of Cyprus, where he has property. In the result, Mr Smyk has been in jail at least until February 15 of next year.

Interestingly, earlier Mr. Smyk he was a witness for the prosecution in the case of the former head UMVD of Russia across the Ivanovo region the General-the major of police Alexander Nikitin, who received three years of prison for that, exceeding of official powers (part 3 of article 286 of the criminal code), ordered to spend more than 90 million rubles for purposes not stipulated by the contract for the construction of a new building management, in particular on the walls of your Cabinet and furniture. Note that the result already shown serious claims not only to General Nikitin, but also to the heads of Department RSU.