No talking! Why the pilots should remain silent while boarding the plane

MOSCOW, 20 Dec — RIA Novosti. Pilots during critical phases of flight — takeoff and landing — needs to refrain from many actions that can prevent them to control the plane. That is why, for example, they make announcements for the passengers about half an hour before landing, reports The Sun. 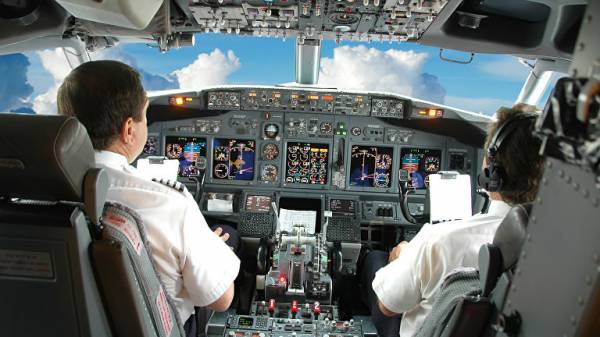 Pilots must abide by the sterile cockpit rule is the norm of civil aviation, which forbids them to be distracted by unnecessary actions during certain phases of flight.

In particular, they are forbidden to talk about abstract topics, eating, or listening to music in the period of landing, takeoff, or any other operations performed at an altitude below 10,000 feet (3048 meters). It is partly for this reason, the pilots always make the announcement for passengers for 20-30 minutes before landing.

The sterile cockpit rule was introduced after several accidents with a fatal outcome due to poor discipline in the cockpit. After investigation it was found that the pilots were distracted from their duties during landing.

The same rule applies to flight attendants. In the period of the sterile cockpit crew must not contact the pilots, except in cases of extreme necessity. Flight attendants should be focused on preparing passengers for takeoff or landing.