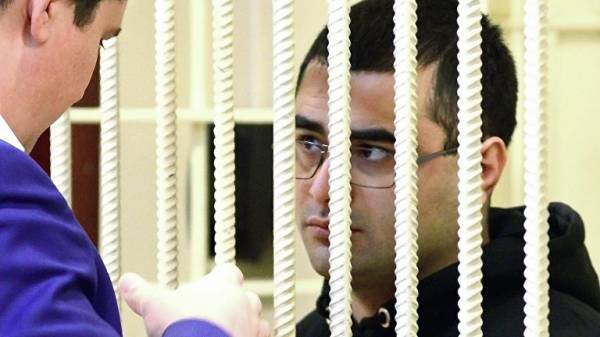 Earlier it was reported that on 20 August 2017 at a cafe in between Khabarovsk Andrey Bastard and accused Anar Allahveranov was a fight. From the received traumas the athlete died in the hospital. Allahveranov, who is accused of murder from hooligan motives, gave the investigation a month after the incident.

State charge has requested for Allahveranov 19 years of imprisonment. The lawyers insisted on a change of qualification of the articles on the article “Deliberate causing of heavy harm to health, entailed on imprudence death of the victim”, the penalty for which is from 7 to 15 years. At the court hearing Thursday of allahveranov in his final statement asked for forgiveness from the relatives of Andrey Drachev. He also partially admitted his guilt, saying that he committed a crime by negligence.

“The court ruled to admit Allahveranov Anar Oglu of Aliyar guilty of murder from hooligan promptings, he was sentenced to 18 years imprisonment in a penal colony with a restriction period of two years”, — has read a verdict judge Svetlana Nazarova.