Working in Russia, the German business called for the lifting of sanctions

The majority of German companies doing business in Russia, advocate a phase-out antirossiysky of EU sanctions, according to a survey of the Russian-German chamber of Commerce and the Eastern Committee of German economy. 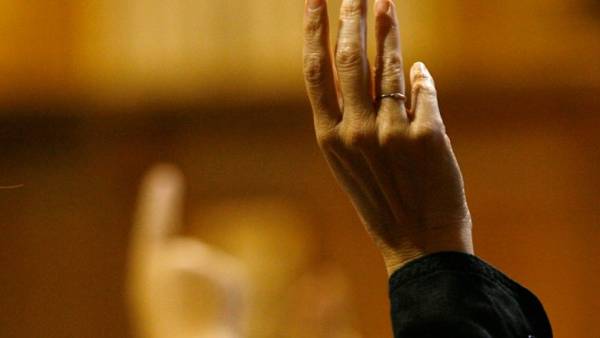 “52% of surveyed companies are in favour of the phased abolition of EU economic sanctions against Russia, and another 43% for their immediate repeal. These figures remained relatively unchanged over the past few years”, — quotes “Interfax” in Moscow presented the results of the survey.

these conditions the arrival of Russian oligarchs in Davos

According to the study, the willingness of German companies to invest in Russia persists. The amount of corporate investments planned for the next 12 months, is more than 628 million euros, significantly higher than last year’s level.

More than half of the respondents reported direct or indirect impact of US sanctions, a third of respondents did not feel it. “Against the background of US sanctions so far, only a handful of companies consider the reduction in its business activity in Russia. Every third company intends to continue to develop business in the country. However, most companies are waiting how the situation will develop. The process of political détente could be useful to all. Here we would like to wish assistance on the part of Russia”, — said the Executive Director of the Eastern Committee of German economy Michael harms, commenting on the survey data.

The survey polled 168 German companies, which in Russia are employed almost 142 000 people. The total turnover of the surveyed companies is around 23 billion euros.