In the United States showed “Russian base” in Venezuela

Military base with Russian strategic bombers Tu-160 can carry cruise missiles with nuclear warheads, would create “an unprecedented permanent strategic threat to the mainland United States within the Western hemisphere”, writes The Drive. 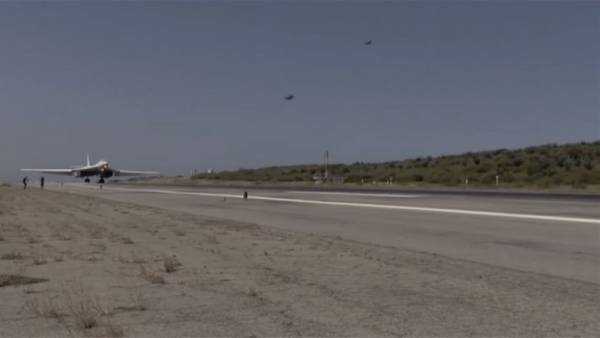 The American publication, publishing satellite images of the Venezuelan Orchila island located in the Caribbean sea, where it is possible to create a database, notes that, on the one hand, currently, there are no guarantees that Russia will indeed support such an object.

On the other hand, The Drive draws attention to the changes that have occurred in the last few years with the island, where, in particular, there was the runway, was “long enough for operations with the Tu-160, but with limited infrastructure for regular operations with the use of major combat aircraft”.

In December, “Nezavisimaya Gazeta”, citing military-diplomatic sources, reported that Russia has decided to deploy its strategic aircraft to Venezuela.

Commenting on the information media, the Chairman of the Constitutional Assembly of the Latin American country, Diosdado Cabello, said he supported the possible creation of a Russian military base.

In the same month a pair of Russian Tu-160 heavy military transport aircraft An-124 “Ruslan” and long-haul aircraft Il-62 over the five days were in Venezuela.