Former President of the USSR Mikhail Gorbachev in an interview with RIA Novosti, denied the statement of Russian leader Vladimir Putin that the Soviet Union under the Treaty on the elimination of intermediate and shorter-range missiles (INF Treaty) went for unilateral disarmament. 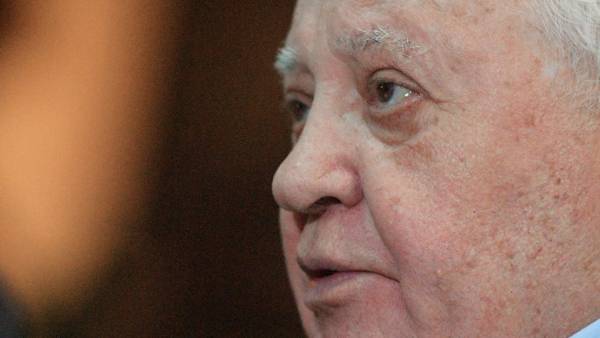 Gorbachev expressed the opinion that the President could incorrectly inform. “No unilateral disarmament was not. According to the INF Treaty were destroyed hundreds of missiles — both Soviet and American,” he recalled.

The statement by Putin that the agreement does not provide for the elimination of missiles, sea-and air-based, Gorbachev replied that such weapons were covered under the contract on reduction of strategic offensive arms (start I Treaty was signed in July 1991, now its functions are performed by start-III). The politician also stressed that all decisions on disarmament were carefully studied senior military leadership of the USSR.

December 18 Vladimir Putin, speaking at a meeting of the expanded Board of the Ministry of defense said that the conclusion of the INF Treaty was a unilateral disarmament for the Soviet Union. Why the Soviet leadership took this step, “God knows,” said the President.

U.S. authorities accused Russia of violating the INF Treaty. U.S. Secretary of state Mike Pompeo on 4 December said that Washington will suspend the contract, and then start the procedure to get out of it in the case if Moscow does not return to the established agreement within 60 days. The Russian side denies the accusations and insists that it complied with the agreement.