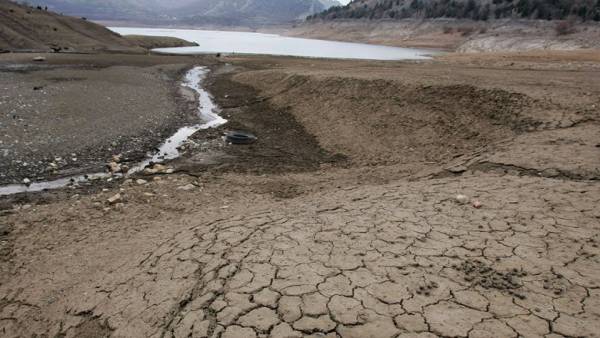 How El niño affects the weather in Russia and how justified the pessimism of analysts by Bloomberg — in the material RIA Novosti.

The catastrophic scenario is based on the forecasts of meteorologists that this winter again there will be an effect of El niño (“the kid” in Spanish) is an abnormal increase in water temperature in the Pacific ocean influencing the climate of the entire planet. The world meteorological organization (WMO) reported that the probability of El Nino in the next three months — 75 to 80 percent. American meteorologists believe that “the Kid” will appear in January with a probability of 90 percent.

Why Russia used to have bread?

It usually lasts 6-8 months but could drag on a year or even two. In any case, by the end of 2019, the world will have to face the unpleasant consequences of El niño: heavy rains and floods in South America, large-scale droughts in Africa, Central and Eastern Asia, Australia, Indonesia and the Philippines.

Climate anomalies caused by crop failures increase the number of political clashes is that the risk of civil war in the years of El niño is increased by half. In addition, in countries located close to the equator due to El niño occur epidemics of diseases transmitted by mosquitoes: malaria, Dengue fever, rift valley fever and others.

In Russia, according to the observations of meteorologists, in the years of El niño are observed in cold spring in most parts of the territory, as well as summer cooling in Eastern Siberia and the far East. On the other hand, in Western Siberia and the European part of the temperature often exceeds climatic norm. In the autumn months in the European part of the background temperature a little below normal, but winter is warm almost throughout the country.

Scenario Bloomberg, El niño, coupled with increasing global warming will make 2019 the warmest for all history of observations. Scorching heat will destroy the grain crops in Australia, and the rain usually falls in the agricultural areas of Brazil, will be replaced by drought, which will kill the lion’s share of the harvest of soybeans and corn.

In East Asia, on the contrary, strike the showers will die of the harvest of rice around the Pacific coast from Japan to India. As a result, global food reserves by next fall will decline sharply and many countries face the prospect of starvation.

From the effects of El niño, according to analysts of the Agency, will not be affected, only four countries: Russia, Ukraine, USA and Canada.