“My name, especially the President, to substitute will never be”

The General Director of the Great Moscow circus Edgard Zapashny — on conflict with a group of Safmar. 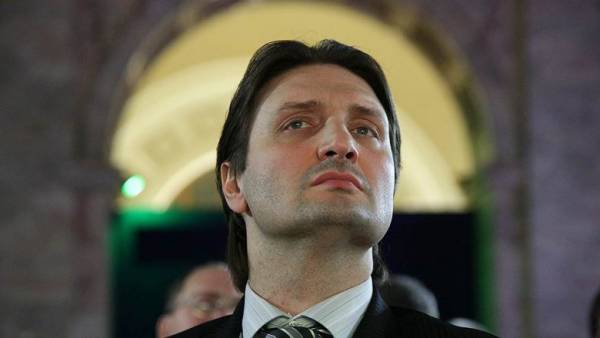 Group “Safmar” Michael Gutseriev accused of Edgard zapashnogo in defamation in the meeting with the President. At yesterday’s Council for culture, General Director of the Bolshoi Moscow circus claimed that he is investing in Cirque du Soleil and opens the venue of the canadian circus next year. And all of these can cause damage to our sport and circus, said the trainer. The President promised to investigate. In the group Safmar called the words zapashnogo “delusions and hallucinations”, stressing that there are no plans to build any centre or circus school in the company. The General Director of the Great Moscow circus Edgard Zapashny in an interview with “Kommersant FM” their words not mind. And, in turn, accused Safmar a lie.

— How can you comment on the position of the Safmar, who accused you of slander and lies? The company said that no plans to ustroitelstva site Cirque du Soleil.

I want company Safmar to convey his greetings and to say that it is very incorrect to use such words, especially to justify their own activities. First, because all this information is in the public domain. Over the past year, they once announced the construction of this site. Cirque du Soleil has confirmed that they sent the terms of reference for the construction of this platform and that they will be anchor tenants.

And it is not necessary to do substitution of concepts that anchor tenants — this does not mean that they will be there permanently. This is what it means. They are anchor tenants in Las Vegas for the past 25 years. At Cirque du Soleil does not have its sites around the world, except in Montreal.

Worldwide they are the anchor tenants and the same thing they want to do in our country. And Safmar just without any coordination with the Russian circus community have already started to implement this project.

My name is Edgard Zapashny and his name before the President, to substitute and I never will. That’s all. Here, I believe that they correctly behave towards me, the attitude towards our country.

— At a meeting with the President, you talked about the fact that the joint plans of Cirque du Soleil and Safmar harm domestic circus and sport. What are your concerns?

Is that Cirque du Soleil on a regular basis entices us footage. It’s you know, the information is fairly open. In some of the shows from 50% to 70% of our compatriots work. They offer a little more salary, there are not so hot conditions. Many artists Cirque du Soleil is coming back to work in the Russian circus companies. The same thing is happening in sports.

On an ongoing basis, the agents of Cirque du Soleil attend the competitions in gymnastics, acrobatics. They go to school, the trampoline in the school of acrobatics and gymnastics.

— Mr. Gutseriev with you somehow were to contact for support questions?

You know, I was surprised by the fact that I for several months about it openly, called Gutseriev to a joint meeting, both personal and on the fields of any news, with all this, he did not react. And only after this information reached the President, suddenly they decided to accuse me of lying. For me, it’s amazing.

I don’t think is right somehow now look for an excuse for Mr. Gutseriev and his company, which was the last time in the Russian circus was never. They are absolutely not interested in our issues, but happy to have sampled a canadian perspective.

— You do not think that Mr Gutseriev himself the right to decide where to invest his money?

— Yes, absolutely. Let him make what he wants. I have never interfered in its Affairs. I expressed my opinion, I said that it was unacceptable. I as the citizen of the Russian Federation shall have the right to Express their opinion.

And to the surprise of Mr. Gutseriev I received support from the President of our country. You can say that I acted incorrectly? No, I’m confidant of the President, serve on the Board for culture. And for this I was invited to. View this post in Instagram

— How would you now characterize the financial position of the Great Moscow circus? What now hinders its development, if there is something that way?

— The Great Moscow circus no serious problems here. Unitary enterprise, we have year positive balance, we make money, we do not use public investment. We have one problem — is a major reconstruction of the building. The building was built in 1971. Before that it was 15 years protracted. Many things here are outdated both morally and physically, and for us the time has indeed come to the government’s allocation of funds for its resuscitation. We do not even correspond to the accessible environment for the disabled. And this is me as Director of this circus are very upset. This circus, so I asked the President for help. If it was my private circus, I would problems were solved a little differently, but here I hired a Manager to extend the contract, and may not be extended. But in any case, I’m working here or not working, the Great Moscow circus will continue to exist.