The Orthodox Church refused to recognize the established Church of Constantinople

Moscow. 16 Dec. INTERFAX.RU — IN the Ukrainian Orthodox Church, considered schismatic structure, created on the eve in Kiev, the so-called unification Council, with the support of the Patriarchate of Constantinople. 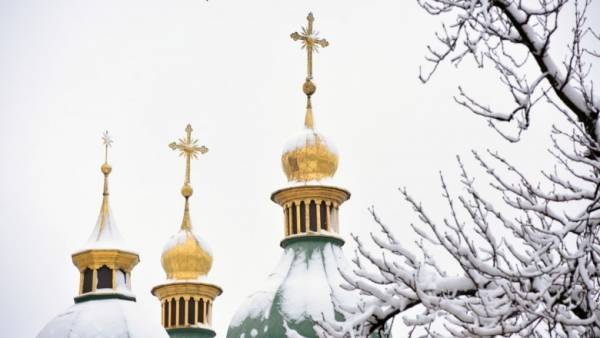 “No matter how hard a split is to declare the Church non-canonical canonical is the Body of Christ’s Church won’t accept it, because the structure that was created yesterday, and there was a foreign body, which the Body of the Church rejected and not accepted,” wrote Sunday on his Facebook page the Deputy head of the Department for external Church relations of the UOC Archpriest Nikolai Danilevich.

the creation of the “Ukrainian Autocephalous Church”. Help

In this regard, he recalled the words from Krylov’s fable “Quartet”: “And you, friends as sit down, all in musicians do not fit”.

According to the representative of the UOC, “unification Council”, because of its acanonical, were not related to Church life. “What happened yesterday at the national reserve “Sophia of Kyiv”, occurred outside of the Church and the Church of Christ has nothing to do. Of the two schismatic movements (“UAOC and the UOC-KP”) has established a now one — “Pzwo”. And nothing else has changed. Thus, the dissenters left the dissenters, and the Church remains the Church,” said the priest.