Armenia has refused from the Russian “What? Where? When?”

The last Russian-language TV project in Armenia — intellectual game “What? Where? When?” — closes. With the new season, the program will enter the Armenian language. On Friday, December 14, reported in a Facebook acting Minister of education and science of the country Arayik Harutyunyan. 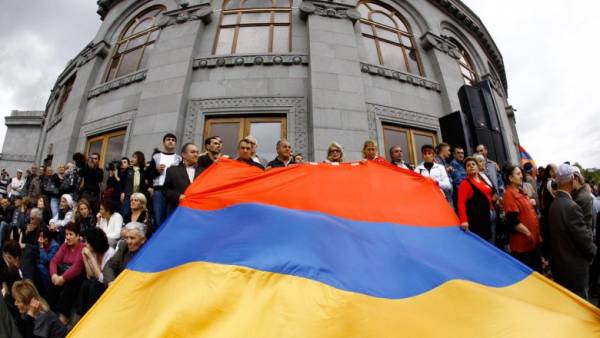 “The government will provide for the transfer of 17 million AMD. I repeatedly criticized the organizers of the game because they have it in Russian,” wrote the official.

He added that the broadcasts are popular with viewers. This is one of the few successful shows, Harutyunyan said.

“What? Where? When?” is published in the Soviet and then Russian TV on September 4, 1975. According to the concept of “intellectual casino”, experts are divided into teams and earn money, sitting at the table and answering the questions of viewers.

In case of a victory of the team in the final series of games the best participant receives a crystal owl and a reward. When experts club you lose, the same reward is sent to the viewer who asked a question.