To catch up with the future. University presidents said at a “Praetorii” about the professions of tomorrow

YAROSLAVL, December 13. /TASS/. The skills list for the last time has changed, and leading Russian universities have made efforts in order to meet the demands of the labour market. Irrespective of the requirements of time, the employer is still looking for responsible, able to work in a team of professionals. 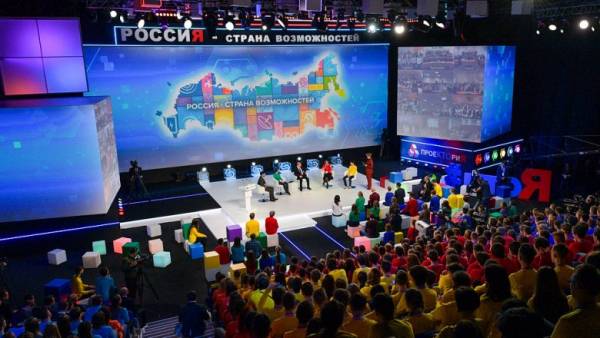 This opinion on the platform of the all-Russian forum “Proektoriya” was expressed by TASS members of the rector’s hour.

“Previously, there was such a demand for graduates of information security or programmers, programmers were considered “lost souls”… Now the contingent has become fundamentally different is the people who are already consciously, there is a large flow of girls. Transformirovalsya the accounting profession: a bookkeeper, there are few who need specialist of the “1C” accounting knowledge”, — said the correspondent of TASS, the rector of the Moscow technical University of communications and Informatics Sergey Erokhin.

He also noted that today the fashion of the specialty is determined not personal ambition, but first and foremost the labour market. Students directly connect the education with the level of income in the future, so the choice of profession consciously doing:

Now the labor market and the education market very close to each other… And if children see that today, demand for machine learning, the blockchain, they go to universities for this knowledge… That is “going to school to be a programmer, then you will understand”.New forms of work and eternal values

As journalists were told by rector of St. Petersburg state Polytechnic University Peter the Great, Andrey rudskoy, in conditions of rapidly developing digital technologies, and innovation, universities can keep up with the changes of the labour market only in cooperation with business and enterprises:

Universities will never keep up with them from the point of view of the availability of updated laboratory facilities in the universities. Here we concluded that we need to create a so-called basic departments, but not in the classic sense, but mixed student landing. This is consistent with the company summary, the range of areas of training guys that they are interested in.

The management of the national research technological University “MISIS” has already put on stream training in the professions of the future, the relevance of which will appear on the market only after some time. For example, in 2017, the University released the first masters in specialty “engineer of digital production”, which are required to create models on a 3D printer. According to the rector Alevtina Chernikova, quantum communication through several years will also be a private profession.

However, as emphasized by the rectors, in the pursuit of jobs of the future higher school remains true to the Russian fundamental traditions that are valued by employers.