Moscow. 15 Dec. INTERFAX.RU — According to the source “Interfax”, the official delegation from Russia will go to economic forum in Switzerland. 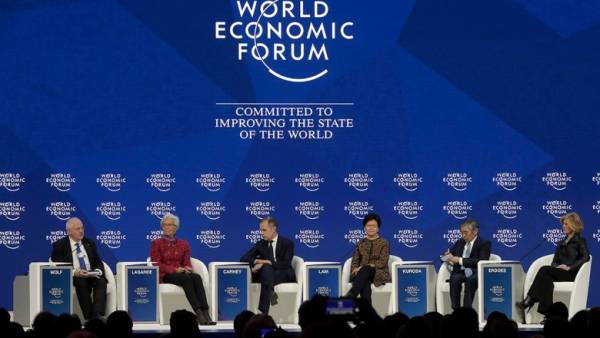 The organizers of the world economic forum refused an earlier decision not to invite to Davos Russian businessmen involved in the sanctions lists of the USA. The official delegation of Russia will participate in the forum, which will take place in January, told reporters a source in the government of the Russian Federation.

“Due to the fact that the organizers of the Davos forum have changed their decision and removed the restrictions previously imposed on Russian businessmen, an official government delegation will travel to Davos and take part in the forum”, — he said.

“The level of the delegation and its composition to be determined,” added the source.

As earlier reported, the head of VTB Andrey Kostin and two permanent participants of the annual sessions of the world economic forum of Russia, placed under U.S. sanctions — Viktor Vekselberg and Oleg Deripaska, was informed by the organizers that their participation in the event “not welcome”. After that, the Prime Minister of Russia Dmitry Medvedev said that if the decision is not revised, the official Russian delegation in Davos.