PARIS, 14 Dec. /TASS/ — a special Operation on search of the criminal lasted 48 hours. 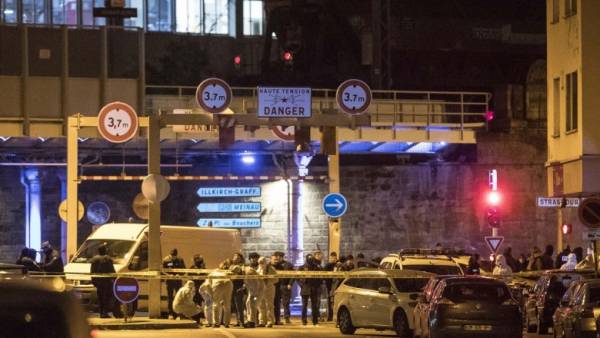 The Minister of internal Affairs of France Christophe Castaner confirmed the elimination of the terrorist Sheriff Sakata who attacked passers-by in Strasbourg on Tuesday evening. Such a statement he made Thursday at a press conference in Strasbourg, the stream led channel BFM.

“Three police officers identified Sakata and wanted to stop him but he opened fire and was eliminated retaliatory shots,” he said, congratulating the police on the successful completion of 48-hour special operation to search for the offender. “We think about all the victims on Tuesday at the hands of the terrorist”, — said the Minister.

As the channel reports, the perpetrator in the South district of Strasbourg Neudorf said the woman who reported it to the police.

It is emphasized that SCATT was liquidated by employees of municipal police participating in the operation along with the soldiers of the security services. According to earlier reports the testimony of the taxi driver whose car was hijacked by the attacker to flee the scene of the crime, Secatt “revenge for their brothers killed in Syria”.

According to BFM, it was abolished in Strasbourg the offender was a militant terrorist group “Islamic state” (IG banned in Russia).