The European Union decided to extend economic sanctions against Russia

The President of the European Council explained that “zero progress” in the implementation of the Minsk agreements. 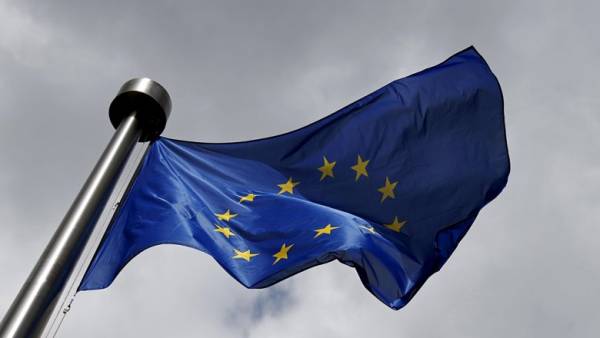 The European Union extended by six months economic sanctions against Russia, such decision was accepted on 13 December at the EU summit, said the President of the European Council Donald Tusk. “The EU unanimously extends economic sanctions against Russia, given the zero progress in the implementation of the Minsk agreements”, — he wrote in Twitter. The validity of these restrictive measures was to expire at the end of January next year.

We are talking about European Union sanctions against certain sectors of the Russian economy, which was introduced in 2014, such restrictive measures, in particular, include sanctions against five Russian state financial institutions (Sberbank, VTB, Gazprombank, Vnesheconombank and Rosselkhozbank) and their subsidiaries, and in respect of the three largest Russian energy companies (Rosneft, Transneft and “Gazprom oil”) and three defense enterprises (Uralvagonzavod, Oboronprom and United aircraft Corporation).

In addition, these sanctions impose a ban on the export and import of arms and military goods to Russia, as well as limiting the country’s access to certain technologies and services in the field of exploration and production of oil.

After the conflict with the Ukrainian ships in the Black sea Tusk expressed confidence that economic sanctions against Russia will be extended, because “Europe is United in support for the sovereignty and territorial integrity of Ukraine”. In late November, Russian border guards detained in the Kerch Strait two Ukrainian armored and tug. The crew members (24 Ukrainians) were arrested. According to the FSB, the ships crossed the border illegally. The Ukrainian Navy claim to have warned about the plans of ships to pass under the Crimean bridge.

In addition to the economic restrictive measures the European Union in 2014 have imposed sanctions against Russia “in response to the illegal annexation of Crimea and Sevastopol” (valid until June 23, 2019), as well as individual sanctions against several Russian companies and citizens.

Individual sanctions by the EU last extended in September until March of the following year.

They are imposed on persons and entities whose actions, according to the EU, “threaten the territorial integrity, sovereignty and independence of Ukraine”. The restrictive measures apply to 155 people and 44 entities.