The presidents of Russia and USA Vladimir Putin and Donald trump can only occur in the case if Moscow frees detained after the incident in the Kerch Strait the Ukrainian Navy ships along with the sailors, said Advisor to the American leader for national security John Bolton. 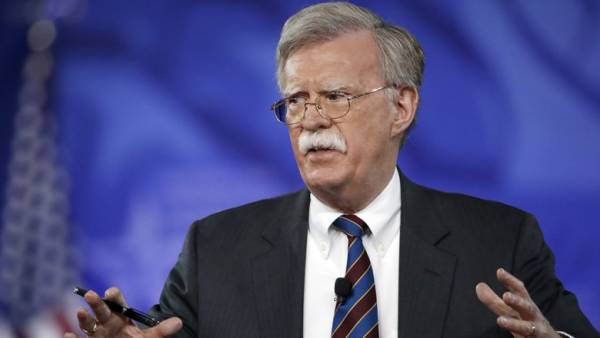 “I don’t see in the foreseeable future the circumstances in which such a meeting could take place, as long as the (Ukrainian. — RNS) ships and crews will not be released,” Bolton was quoted by Reuters.

November 25, the border service of FSB of Russia have detained in Russian territorial waters in the Black sea the ships of naval forces of Ukraine, “Nikopol”, “Berdyansk” and “Yana Kapu” when you try to commit illegal actions without permission to pass the Kerch Strait and out to the sea of Azov. The court did not respond to requests to stop and made dangerous manoeuvres.

During the incident Russian border guards had to open fire on Ukrainian ships and take them by storm. Three Ukrainian sailor was wounded. The offending ships together with their crews were detained by the Russian FSB. Later the courts of the Crimea, arrested all 24 Ukrainian sailors involved in the incident. On 3 December, they were charged under part 3 of article 322 of the Criminal code of Russian Federation (“Illegal crossing of border of the Russian Federation”).

Putin and trump were supposed to meet during the G20 summit, which was held in Argentina from 30 November to 1 December. Shortly before the meeting “big twenty”, the American leader has cancelled talks with his Russian counterpart because of the situation in the Kerch Strait.