The Venezuelan President believes that the attack on him was organized by the Advisor to Donald trump. In August he was attacked by drones

It happened during a military parade drones were stuffed with explosives. 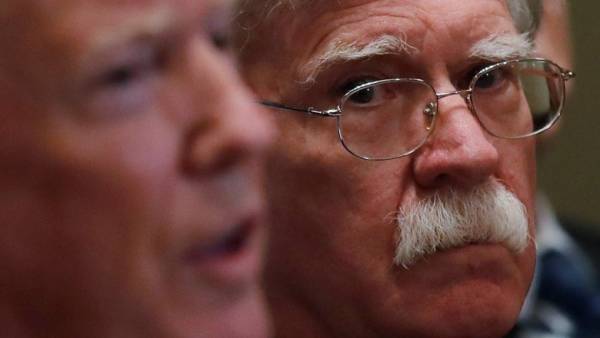 Nicolas Maduro, President of Venezuela, believes that the attempt on his life in August, was organized by John Bolton, an adviser to US national security. He argues that the US did, after his death, the country to establish the dictatorship. The President also said that Brazil and Colombia helped the Americans — in his words, Colombia has trained approximately 700 mercenaries:

I have no doubt that the current US administration, John Bolton has personally taken it upon myself to plan to fill Venezuela with violence.News

In addition, Maduro added that Venezuela “and friendly countries” are preparing a retaliatory strike.

We will remind, in August of 2018 Nicholas Maduro was assassinated during a military parade. When the President gave his speech he was attacked by drones, bombs. They managed to shoot down on the approach to the parade — witnesses claim to have heard at least two explosions, there are victims among the military. After Maduro blamed Colombia and stated that some of the perpetrators of the attempt were to commit a crime, being in Florida, but that evidence is not led. Later responsibility for the bombing took over not very well known organisation “National movement of the soldiers shirts”.

Wow. Something major happened during Maduro”s speech that caused the cameras to cut out and the parading soldiers and spectators to scatter into cover. Gunfire or possibly a transformer explosion in #Venezuela pic.twitter.com/7Sxc5OmXkJ