Traditional removal of hydrogen sulfide from wine with salts of bivalent copper and preservation of sulfur dioxide lead to a greater release of foul-smelling gas over time. 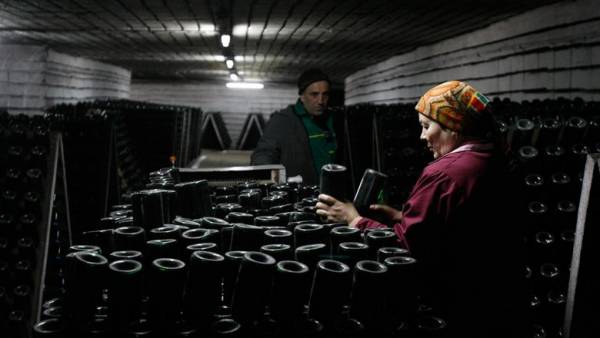 Australian scientists on model wine composition demonstrated that traditional measures for the removal of hydrogen sulfide from wine with salts of bivalent copper and preservation of sulfur dioxide lead to a greater release of foul-smelling gas over time. The article was published in the Journal of Agricultural and Food Chemistry.

License to swill: the scientists found that James bond is an alcoholic (and why)

Volatile sulfur-containing compounds are an important part of the wine, in certain proportions, they indicate the type of wine and its origin. Specific aroma can interrupt the most unpleasant of this class of substances — hydrogen sulfide (H2S). Most often it is formed by enzymatic reactions, and when the gas concentration reaches the threshold of the perception of smell (1.1 to 1.6 micrograms per liter), are starting to feel the aroma of rotten eggs or sewage. In the early stages of production of the drink unwanted substance can be completely removed from the mixture, but sometimes, if the wine will last long enough, anyway noticed a characteristic odor.

Usually from hydrogen sulfide dispose method of aeration or the addition of salts of divalent copper to the sediment fall insoluble sulphide, which is filtered at the next stage of cleaning. At the same time, in these conditions, in the presence of hydrogen sulfide, organic sulfur copper oxidizes other substances contained in wine, with the formation of organic polysulphides.

Scientists from the Australian Research Institute for Wine is headed by Marlies Becker (Marlize Bekker) had advanced the hypothesis that these substances are sources of H2S, which is released during long-term storage of the wine after bottling, and suggested several possible mechanisms of occurrence of such processes.

To test their hypothesis, the experimenters modeled the composition of the wine contains, in addition to tartaric acid and ethyl alcohol, a mixture of sulfanes cysteine, iron ions and copper.

Organic sulfur substances received in situ without access of air, mixing L-cysteine with sodium sulfide. Within six months of the investigated compounds on the stability in the presence of the typical preservatives used in the production of wine — sulphur dioxide, ascorbic acid and catechin. The authors suggest that these substances may the same as copper salts, to be guilty in the formation of sulfide in anaerobic conditions.

Scientists discovered that the polysulfides, which have in their structure more than three linked sulfur atoms, more broken down over time. Along with this increased concentration of hydrogen sulfide. Trisulfide in the molecule which contains three atoms of sulphur, was the most stable, 84 per cent of the initial concentration remained after six months of observation.