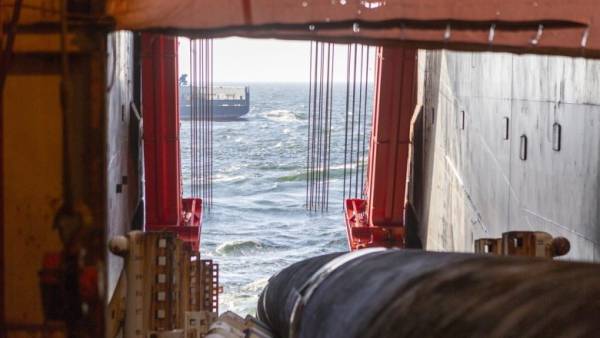 The text of the resolution draft called political and posing a threat to European security.

The document also stresses the “key role” of Ukraine to the energy security of Europe.The construction of “Nord stream — 2”

“Nord stream — 2” involves the laying of two gas thread with a total capacity of 55 billion cubic meters per year off the coast of Russia through the Baltic sea to Germany.

The construction permit was issued by Germany, Finland and Sweden. It remains to obtain the agreement of Denmark.

Moscow has repeatedly called on not to perceive the pipeline as a tool of influence.