Sponsors of the IG collected on regions

FSB stopped the activities which raised money for terrorist groups. 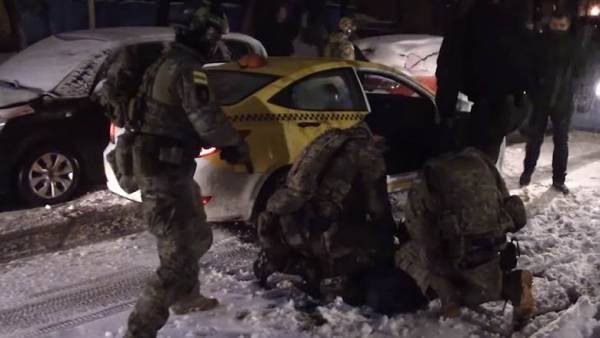 The staff of the Federal security service (FSB) conducted in several regions of Russia the most ambitious in recent years, a special operation to suppress the financing of terrorism. According to investigators, the group of intruders moved at least 38 million rubles. the accounts of militants of banned terrorist organizations “Islamic state” (IG) and “jabhat an-Nusra.”

On initiation of the Main investigation Department of the Investigative Committee of Russia (GSU SKR) criminal proceedings under part 1.1 of article 205.1 of the criminal code of Russian Federation (“Assistance of terrorist activity”) on Thursday announced the official representative of Department Svetlana Petrenko.

According to investigators, a group of radical Islamists “in the period from 2010 to the present time translated at least 38 million rubles. the accounts of persons participating in hostilities as part of the international terrorist organizations “Islamic state” and “Dzhebhat EN-Nusra””. The money, the investigation and security services, as were spent for the purchase of the required terrorist property and ammunition and on the organization of terrorist attacks.