“No one forced Mary Butina to do what she wants”

Sitting in the same jail with Russia about the conditions of detention. 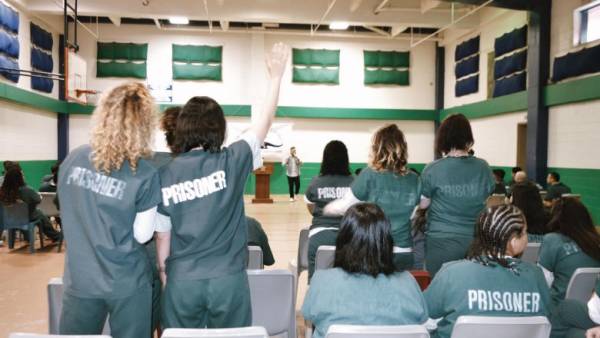 While Maria Butina, accused of illegal lobbying in the U.S., is preparing to plead guilty, “Kommersant FM” found the man, who was sitting with her in the same jail. Russian diplomats called the conditions of detention of Butynol unacceptable. According to them, due to the low temperature in the chamber at the Russians aggravated the arthritis, and needs medical care isn’t provided. Moreover, at night every 15 min turn on the lights and deprived of sleep and forbidden to walk in the fresh air. American Kevin Briggs told “Kommersant FM” about life in the detention center of Alexandria, where Butina. He came out a week ago and called the conditions extreme. Interviewed By Ivan Yakunin.

— Have you seen Mary Butina?

— Yes, she was with me on the same floor, in the women’s sector. Been good to her.

No one forced her to do what she wants. She had all her privileges: she went to Church, visited some classes. With her was no problem.

— At 4:30 I started work in the kitchen. The shift lasted until 12:30. On the day I was paid a dollar. Each change reduced my term by one day. The main entertainment is books. There was a small library, we were given two coupons for a book once a week. Had cable three TVs on the body. See you from 9 am to 23 PM. But three times a day security counts prisoners all returned to the chamber. The test takes about an hour.