TASS, 12 Dec — the Venezuelan President believes that the assistant to the President of the United States John Bolton, is responsible for this plan. 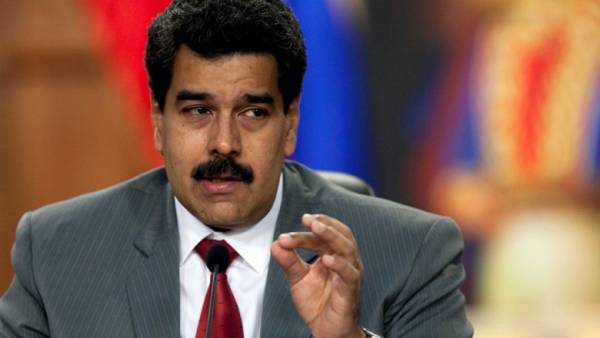 Venezuelan President Nicolas Maduro has accused the assistant to the President for national security John Bolton in the development of plans for his overthrow and murder. About this politician said on Wednesday at a press conference in Caracas, which is broadcast on Twitter of the Venezuelan leader.

Mr. Bolton was responsible for a plan coup, the murder of Nicolas Maduro and the establishment of a Council of the transitional government.Nicholas Maduropeptin Venezuela

In his view, Bolton for these purposes, maintains contact “with the Venezuelan ultra-right” and “turned Colombia into a base for operations to implement these crazy and full of hatred plans.”

“There is a plan, approved John Bolton, for training of mercenaries, which will mislead our armed forces on the border to confuse public opinion and justify an attack on Venezuela. The government of Colombian President Ivan Duque is a partner in his plan to unleash violence in our country,” said Maduro.

He invited the U.S. Congress to investigate the “terrorist plans” Bolton in relation to his country. “The statement I make, I think it is very serious. John Bolton leads a terrorist and intervention plan against Venezuela, and if in the US there was justice, Congress and the press would have to investigate it, — the politician noted. Is not an empty word.”

The Venezuelan head of state also said that the armed forces of his country must always be ready “to ensure the stability, integrity, and peace in the country against any threat, no matter how it was called and wherever it may come”.