Nerves and muscles due to which the person has “goose bumps” or “goose bumps”, and stimulate stem cells resulting in new hair follicles. 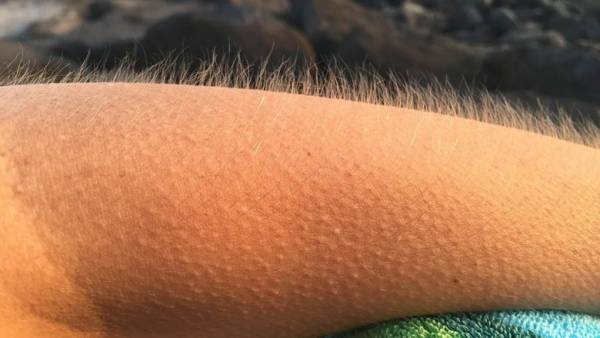 To such conclusion the American scientists, who told us about the preliminary results of their research at the meeting of the American society for cell biology.

Christmas eyebrows: in the network appeared the crazy birthday trend

“Goose bumps”, that is, a small pimples at the base of the hairline on the skin of mammals, there is involuntary — for example, when the animal is cold or it is experiencing strong emotional arousal. It is responsible for the special small muscles connected to each hair follicles. They controlled by nerves, which is a part of the sympathetic nervous system, which is responsible for many unconscious actions, such as, for example, the change of pupil size when changing lighting.

In the new work, scientists led by Ya-Chieh Hsu Harvard University (USA) found that these nerves pass in close proximity to stem cells that can turn into new hair follicles. Usually the nerves are enclosed in protective myelin sheath, but in the case of hair follicles nerves came to the stem cells in the exposed form like a wire without insulation. Moreover, it was found that the nerves secrete norepinephrine hormone, which is needed for hair growth.

The connection between nerves, muscles and hair growth is also confirmed by the study on mutant mice, which are deprived of these small muscles. In this case, the goose they are unable to appear, but they do not have appropriate and sympathetic nerves and impaired hair growth.

These muscles in the scalp and there you have balding by male type people, which leads the authors to the idea that the sympathetic nervous system plays in this process an important role. Scientists suggest that the recovery of the nerves and muscles can lead to the appearance of new hair. This idea can explain why the hair loss becomes a side effect of beta-blockers group of medicines that treat cardiac arrhythmias, interfering in the work of noradrenaline.