BOGOTA, 12 Dec. /TASS/ — the Colombian foreign Ministry said that the words of the Venezuelan leader on this score was “inconclusive, disrespectful and defamatory.” 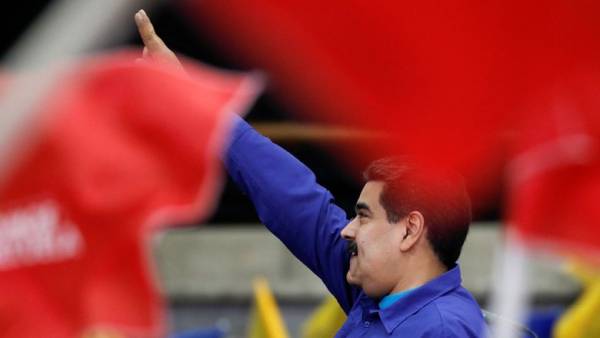 The government of Colombia called lame and defamatory statements by Venezuelan President Nicolas Maduro on the preparation of the Bogota military aggression to overthrow the government in Venezuela.

“Ministry of foreign Affairs on behalf of the government of Colombia categorically rejects the statement of Nicolas Maduro against Colombia, its President and the authorities. Similarly, the Ministry directly condemns lame, disrespectful, and slanderous words of Nicolas Maduro about an imaginary war that Colombia intends to begin” — said in the Ministry statement, published on the Agency’s website.

The document stresses that Colombia requires to respect of the President Ivan Duque.

“The government will continue to work with the international community, a Group of Lima, OAS and other international organizations to help with political and diplomatic procedures to restore the democratic system in Venezuela,” added the Minister.

Maduro said Wednesday at a press conference that the assistant to the President for national security John Bolton has been developing plans for its overthrow and murder. “The government of Colombian President Ivan Duque is complicit in his [Bolton’s] plan for the outbreak of violence in our country,” added the Venezuelan leader.

Maduro also believes that Bolton was involved in the training of mercenaries, who allegedly may be involved in provocations against Venezuela. According to the President, we can talk about more than 730 men as from Venezuela, from neighboring Colombia, who can attack in the Venezuelan States of Tachira, Zulia and Amazonas.