NEW YORK, December 13. /TASS/ — the TV channel notes that the cooperation is limited. 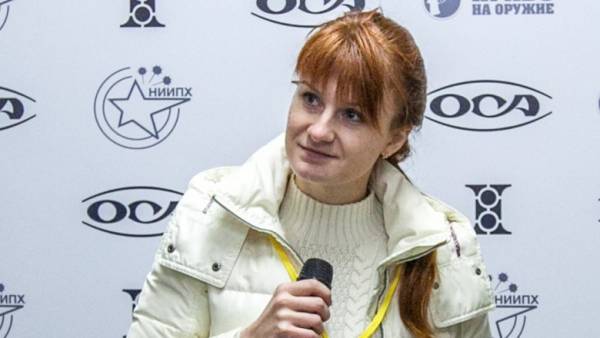 Previously, NBC announced that Butina made a deal with investigators in which she intends to plead guilty in violation of American laws on foreign agents. Thus, she could face up to six months in prison, followed by deportation to Russia.

Hearings in the court of the district of Columbia, which Butina is expected to change his testimony and plead guilty to one or more counts, will be held on Thursday.

The plea, which the Russian went, implies cooperation with the American authorities. However, according to CNN sources, everything points to the fact that such cooperation has been rather limited. According to the channel, Butina agreed to provide information about the U.S. citizen with whom she allegedly conspired to establish channels of communication with Americans, have strong political influence in the country. As claimed by CNN, this man is a political consultant for the Republican party of the USA Paul Erickson.

Butina also allegedly agreed to provide us authorities with information concerning the Russians, at the direction of which it seems to have operated in the United States. According to CNN, we are talking about Alexander Torshin, who 2001-2015 years was a member of the Federation Council. On 30 November it was reported that Torshin is leaving the post of Deputy Chairman of the Bank of Russia.