The policy of deterioration: the members of the HRC told the President about the violation of the rights of Russians abroad

MOSCOW, Dec 11 — RAPSI. Members of the Council for development of civil society and human rights on Tuesday at a meeting in the Kremlin reported that Russian President Vladimir Putin about the situation with the violations of the rights of Russians abroad, told RAPSI Alexander Brod. 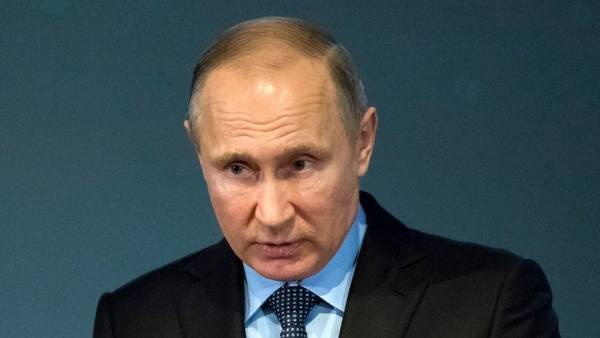 “Issues were raised today, a variety of. My colleagues have addressed the issue of improving justice, spoke about the suppression of torture, protection of the environment — were the order of ten planned performances. I talked about the legal protection of Russians and compatriots abroad. The situation with the violation of the rights of our citizens has deteriorated significantly. I did a review of resonance situations is a limitation in the work of our journalists and diplomats, the restriction of teaching of the Russian language, and terrible conditions of detention of our citizens arrested abroad”, — said Brod.

According to a member of the HRC, the situation with the violations of the rights of Russians in other countries has deteriorated compared to the previous year.

So, if in 2017, the Moscow Bureau for human rights received 30 cases, this is immediately five times more.

Public figures have voiced to the President its initiative in solving problems.

“I made suggestions about how to strengthen human rights, advocacy, information support of Russians and compatriots abroad. For example, I believe that we need monitoring such situations that violate the rights of our fellow citizens. It is necessary to create international human rights framework, to increase funding for work in this direction. In addition, it is necessary to strengthen contacts with non-governmental organizations, commissioners and academia. Is that in our forces”, — said Brod.