The number of those killed in the shooting in Strasbourg was increased to four. It is reported BFMTV. 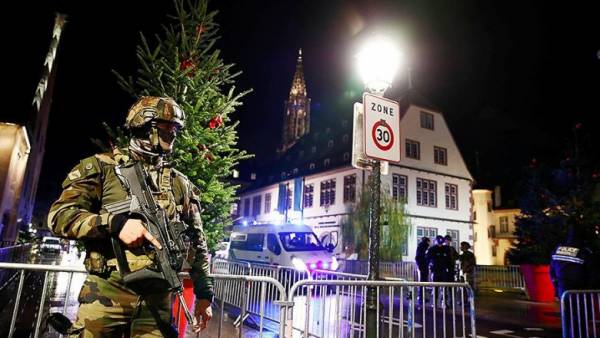 Earlier in a communiqué from the prefect of the region Grand-est announced about two dead and 11 wounded, seven of whom in serious condition, according to the Agency TASS.

The attacker opened fire near the Christmas market in the centre of Strasbourg on the evening of 11 December. Authorities have classified the incident as a terrorist attack, the investigation leads the anti-terrorist unit of the Paris Prosecutor’s office.

To detain the shooter is still failed, he was wounded during a shootout with the police in one of the quarters of Strasbourg. The historical part of the city is cordoned off, at the place of there arrived the military.

The identity of the attacker installed — that person has previously violated the law, the criminal listed in the list of terrorism suspects. The shooter is 29-year-old native of Strasbourg. The man should have been arrested on the morning of December 11 for the murder, but the attacker was not at home, reports “RIA Novosti”.

#BreakingNews 1 dead and 6 injured after shooting in center of French city of #Strasbourg, French police say; area remains on lockdown as the situation develops. #strasbourgshooting pic.twitter.com/uvh0yPV5AX

On the scene left the Minister of internal Affairs of France Christophe Castaner on behalf of the President of Emmanuel Macron.