Russian President Vladimir Putin today for the first time commented on the accusations arrested in USA’s Butinai in ties with Russian secret services. 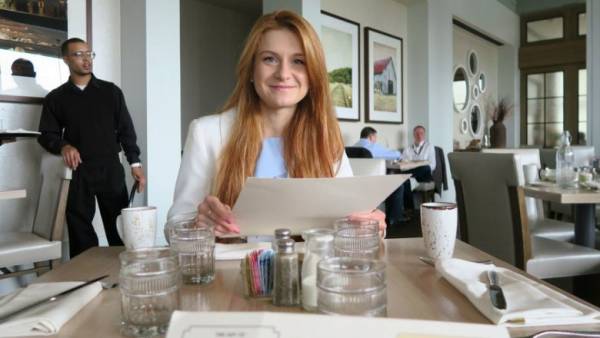 “This is unfortunate, our Butina, sitting, she faces 15 years in prison. For what? I’ve heard that everything around her is happening (we have a public event, but there is nothing to hide), to get started just interviewed all the leaders of our intelligence agencies: who is this? None of it does not know anything. The only place that knows about it — in the Federation Council, she was somebody’s Deputy that Lee worked. All” — said Putin at a meeting of the Council for human rights. “To her for 15 years can be appointed? Don’t know what’s up, and she’d wind on these 15 years”, — stated the President.

Organized the Breakfast, was plotting

30-year-old Maria Butina was arrested in the US on July 15 this year. She is charged of criminal conspiracy and working in USA as a foreign agent without registration. In addition, the materials of the Prosecutor’s office stated on its contacts with the Russians, which in the US are considered employees of the Russian special services. According to the prosecution, Butina tried to establish a personal connection with a member of the campaign headquarters of U.S. President Donald trump Jeffrey Gordon, and then to influence US policy.

According to the FBI, Butina “worked in the interests of high-ranking Russian official, who later occupied a high position in the Bank of Russia”. Officially the American government did not call his name. However, the U.S. justice Department claimed that in 2018 the Russian official was included in the sanctions list of the USA. Reuters and The Washington Post wrote that it could be the Chairman of the Central Bank, ex-Senator Alexander Torshin. Central Bank of 30 November reported that Torshin will leave his post in connection with retirement.