Person of the year by Time magazine was Saudi journalist Kalkaji 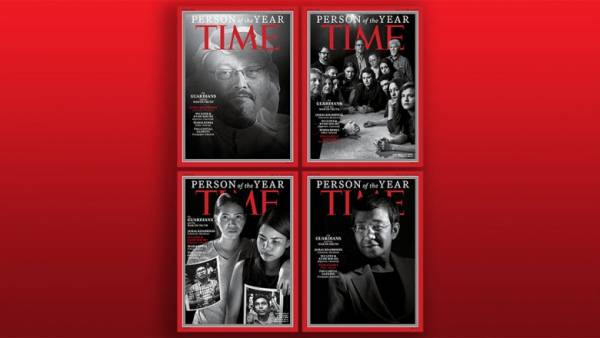 Nomination announced on the website of the journal and the morning show is an American TV channel NBC. Edition Time awarded the title of “man of the year” a group of journalists, including Jamal Hackage and the Capital Gazette newspaper.

JUST IN: Time magazine chooses Khashoggi and other journalists as 2018 ‘Person of the Year’ https://t.co/OMDsyh5R27

As stressed chief editor Edward Felsenthal, for the first time Time has chosen a person of the year the person is no longer alive.

In an interview show on NBC, he noted that the death of Kalkaji made the world “to reconsider its attitude to the Saudi monarchy and finally to pay attention to what is happening in Yemen.”

media: according to the CIA, the crown Prince of Saudi Arabia ordered to kill Kalkaji

Felsenthal, said that the issue of the magazine devoted to the person of the year, several covers depicting the “guardians” who are waging war for the truth: the journalists of the Capital Gazette, a version of which was used to attack this summer; Filipino journalist Maria Ressa, which is judged in the homeland; reporters VA lawn and With Kyaw OO, who received a prison sentence in Myanmar.

A columnist for the Washington Post Jamal Kalkaji was killed on 2 October in the territory of the Consulate General of Saudi Arabia in Istanbul. Turkey is an official investigation of the incident.

The Saudi authorities deny involvement in the assassination. The Kingdom was taken into custody 21 persons in connection with the murder of a journalist. They were charged, and five of them the Prosecutor intends to seek the death penalty.