UN 12 Dec. /TASS/. The United States should discuss with Saudi Arabia in the case of murdered Turkish journalist Jamal Kalkaji and not to let it down with her hands. This opinion was expressed by US Ambassador to the UN, Nikki Haley in an interview with the Today program on NBC. 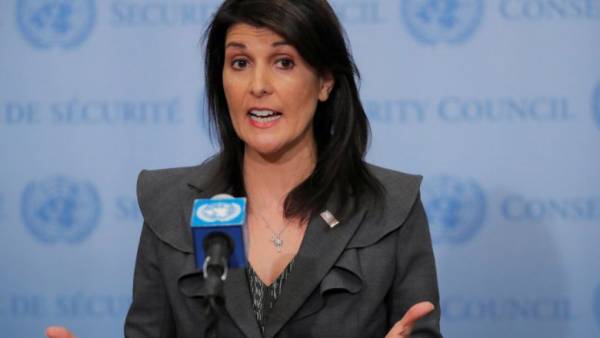 “I think we need serious and hard talk with the Saudis to give them to understand that we are not going to justify it, not give it away and not let such things happen again”, said Hayley.

At the same time, she noted that “Saudi Arabia is an important partner of the United States against Iran”.

The US President Donald trump said earlier that the United States will remain a reliable partner for Saudi Arabia, despite the situation around Kalkaji. However, the head of state promised to consider any measure against Riyadh, which will offer Congress.

Subsequently, a group of U.S. senators introduced a resolution which demanded that the property trump to bring to justice all the perpetrators of the murder of a Saudi journalist, including the crown Prince of the Kingdom.