Butina can get into the witness protection program, said the lawyer

MOSCOW, December 12 — RIA Novosti. If an inmate is in the United States Russian Maria Butina pleads guilty to all charges, which accuse her, she may seek leniency or even get into the witness protection program, told RIA Novosti head of international law Department of the law faculty of Moscow state University Alexei Giants. 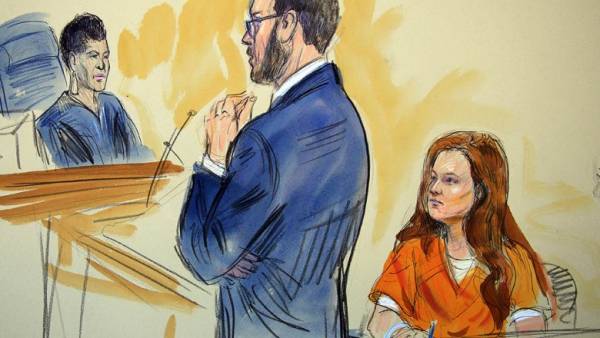 Earlier, NBC News, citing agreement for the prosecution and defense said that a Russian citizen Maria Butina, which accused the US of illegal work in Russia, pleads guilty to conspiring to violate American law on registered as a foreign agent, According to the agreement she pleads guilty at one point of collusion. Under this item, the term of imprisonment is five years, not 15, as initially threatened the defendant. Moreover, the real term can be up to six months in prison, after which Butina should be deported to Russia, said the TV channel.

“Confession is a sort of plea bargain. She was charged with a set of points. It is obvious that after the recognition of one of the paragraphs follows the reduction of penalties. This is the plea to commute the sentence. It is a common practice of American courts,” said the lawyer.

As noted Giants in America rarely the case reaches a full trial, frequently the parties come to an agreement.