The US state Department has excluded Russia from the list of countries that us citizens are encouraged to visit with extreme caution. 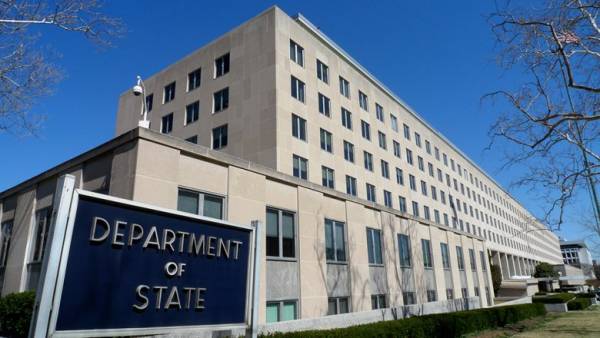 Now, according to the U.S. Department of the Russian Federation refers to the category of States in which it is necessary to “exercise extreme caution due to terrorism, harassment and unjustified use of local laws”.

Thus, according to the state Department, some region of Russia represent a higher risk to tourists. In particular, the Ministry recommends to refrain from trips:

The Russian Embassy in the United States accepted the decision of the state Department “with satisfaction,” saying that “old horror stories just stopped working”. “We see this as recognition of the obvious reality. Only in Moscow during the period of the world Cup visited 167 thousand guests from the United States. In our capital and other cities, they do not see that Russia, which they “depicts” the local mainstream with the filing of Russophobic circles in the government”, — stated in the message of the Embassy in Facebook.

Another reason for the exclusion of Russia from the threat list to visit countries diplomats said “the pressure of American Universities and experts”: their contacts with the Russian colleagues “often become the victim of artificial bureaucratic barriers”, according to the Embassy of the Russian Federation.

The Embassy of the Russian Federation promised to continue “to promote Americans” the North Caucasus and the Crimea.

An updated list of recommendations for travelers, the state Department issued in January 2018. The Agency divides the state into four categories: 1. those where you can travel without fear; 2. the country that must be visited with extreme caution; 3. countries that are better to revise; 4. state, where the state Department advises not to travel.