Skiing and certificates for household appliances: what else in the New year, banks will spend more than a hundred million rubles

Banks with state participation on a large scale plan to meet the coming holidays. 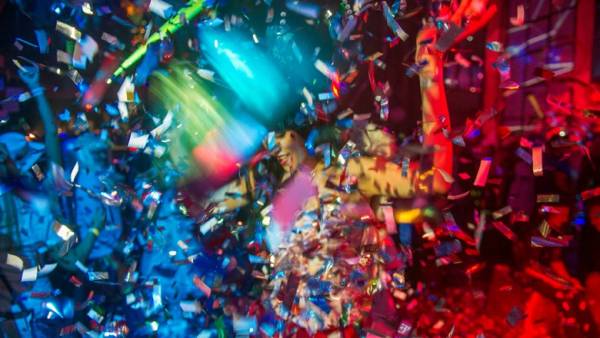 State-owned banks will spend in the New year and Epiphany holidays more than a hundred million rubles. Daily Storm studied their purchases over the past two months and found out contracts for going to the theater, skiing, public and children’s gifts. Corporate events, hiding under the code names “event” and “organization of activities”, their dates are transferred to the Orthodox holidays, and in some cases a technical specification is hidden from prying journalists ‘ agreements not to disclose confidential information.

An example of the transfer date may serve as PJSC VTB. Corporate the company will spend in the New year and not even during the new year holidays. January 19, employees of the Bank will celebrate the Baptism. “Preparation, organization and implementation of” VTB was estimated at 10 million rubles. The contractor needs to come up with a scenario of corporate party with performances, music, artists, and most importantly — the competition. Competing bankers will be in downhill skiing, snowboarding and anything else — depending on the imagination of the performer and capabilities of the venue. It is also prescribed requirements: the event must pass in the ski Park in Moscow or the Moscow region. To participate in this have five thousand people, of which not less than 20 VIPs. For the latter will be a special program and special access level. Entertainment — also on order — will come up for guests and children. Food will obviously be paid, but not for VIPs. The holders of the compartmentalized clearance organize a buffet table, and all the rest for a snack can for your money in seven fodtrack.

However, to get material bonuses the employees of VTB still can. The company in the New year, obviously, is to encourage employees appliances.

How much are star parties Pugacheva, Shnurov, Kirkorov and others

Purchase new year’s gifts will cost VTB at 19.6 million. And judging by the content of the kits, get them to be people too special. One gift should include 150 grams of cherries, pineapple, almonds and coffee beans with chocolate, coconut candy “Mon dragees”, 50 grams of marshmallow and black tea, a jar of raspberry jam and Christmas toys. Only need 4900 VTB sets.

The daughter of the Bank — JSC VTB specialized Depository — the New year ordered entertainment: going to the theatre. The contractor needs to purchase 120 tickets for performance “the Master and Margarita” in the workshop of Peter Fomenko. By the way, it was she who selected the executor of the contract, the cost of which was estimated at 453 600 rubles. The screening will take place on December 18. By the way, at the time of writing on that date there are only 23 places — from 3750 up to 10 thousand rubles.