Santa ruble will not help. What new year’s mistakes that cost you extra money

How to prepare for the New year, not to spend extra money, says Aephi. 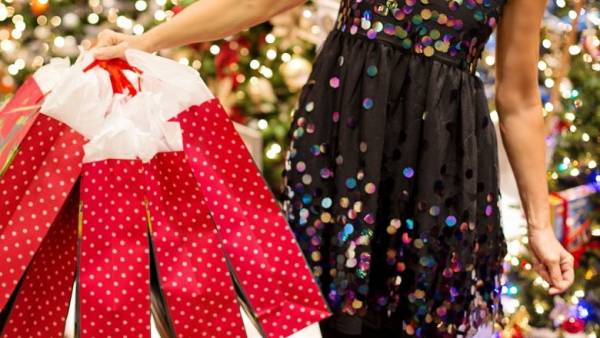 Recently the Russians have called the amount you wish to spend on the celebration of the New year — 16900 roubles. According to consulting company Deloitte, it is 700 rubles less than last year. The average nominal salary in Russia is little more than 41000 rubles, according to Rosstat. It turns out that on the holiday table, gifts and other Christmas attributes compatriots on average spend almost half. And this is well.

Generally, because of the New year, the December (and after the January long weekend) the most expensive month of the year. Tell them what not to do in the new year period, not to remain without money.

To get into debt

In late November, Russian banks have become more active with is “incredibly profitable Christmas loans” to “most desired gifts”. The calculation here is very simple — of course the fellow wants to please friends and loved ones a good present which they will take from banks in debt. In most cases, these “special offers” in the best case are the same as at other times, in the worst case with high rate (it is necessary for financial institutions to recapture the cost of advertising and marketers).

Meanwhile, in 2018, the Russians scored a record number of loans.

For eight months the volume of loans disbursed rose by a third, to 14.3 trillion rubles, according to the Central Bank of Russia. From January to September in our country was formalized 29.72 mln new loans for almost $ 6 trillion rubles — this is the data United credit Bureau (LMC). In turn, in National Bureau of credit histories (NBCH) has estimated that most often delay occurs in the segments of consumer lending (20%) and credit cards (25%). That is just for those loans, which mainly are made for gifts and other things.

Problems with the service of loans have more than a million borrowers. It is quite possible that their number will increase at the expense of citizens who apply for a “Christmas” loan. Gift credit is not the best idea to take the money borrowed from the Bank need to do the right things, such as apartment or car.

Generally, Christmas gifts are really a puzzle. Sometimes we just have no idea what to give to many relatives, friends and colleagues, and go to the shops for a “maybe”. Here, even if you have a pending just in time for the Christmas gift budget, there is a huge risk to spend money on unnecessary things that will not bring your friends no joy (although, most likely, they are out of politeness pretend that very pleased with the shower gel). Before you go shopping for gifts, try to come up with that whom you want to give. Ideally, go for gifts on weekdays when the shopping malls/fairs/shops are no crowds and the holiday hysteria.

When you are choosing gifts, try to avoid statues, figurines, candlesticks and other attributes with the symbol of the next year (this time — pigs).

It’s certainly cheap, but the quality of such gifts usually leaves much to be desired, and practical benefit from them whatsoever.

In addition, you can do without buying tinsel, lights, garlands, etc. All know — in the Christmas mood, I want a holiday. But surely your home already has the attributes for a new year mood, acquired a year/two/three ago. Examine the attic and closets to save money.

To spend money on Christmas costumes

“The new year should be in the new” — say a beautiful woman, buying another dress, shoes, and someone else, and decorations. If no new clothes, no not enough, try at least to choose those outfits that can be worn after the 1st of January.