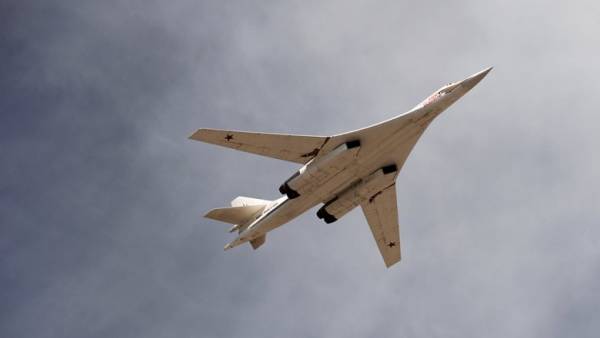 In the South American country was sent two strategic bomber Tu-160 heavy military transport aircraft an-124 and long-haul aircraft Il-62 Russian Military space forces. In the Russian defense Ministry said that the flight was carried out in strict accordance with international rules of airspace use.

The pilots of VCS traveled over 10 thousand kilometers, said the Agency. They flew over the Atlantic ocean, Barents, Norwegian and Caribbean seas.

Previously, on 10 December it was reported that Russia will send to Venezuela a Tu-160 bombers capable of carrying nuclear weapons. Before the Minister of defence of Russia Sergey Shoigu said that Russian combat aircraft will continue to fly to Venezuela, and the ships of the Russian Navy will call at Venezuelan ports, reports “Interfax”.

6 December it became known that Russian President Vladimir Putin and his Venezuelan counterpart Nicolas Maduro have agreed to provide financial assistance to Caracas, as well as the supply of 600 thousand tons of Russian grain and technical assistance in the repair of weapons systems of the country.

Russia is not the first time sends Tu-160 to Venezuela: in 2008, the two bombers also carried out a training mission at the airport the Venezuelan island of Archil. The long range aircraft carried out a number of training flights in the waters of the Atlantic ocean and the Caribbean sea. Then on Board the Tu-160 nuclear weapons.