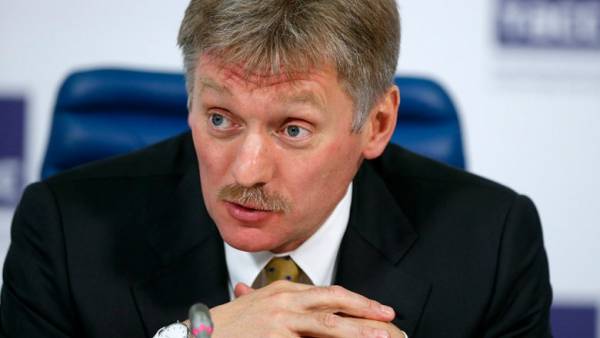 “As for squandering money, we do not agree, the more, perhaps, to make such statements the country, half of the defense budget where you can feed the whole of Africa, is not quite appropriate,” — said Peskov on a question, whether will give the Kremlin assessment of these statements.

He also added that “over time the President gives assessment of the secretaries of state of the United States”. “Maybe this assessment will follow over time and in relation to such undiplomatic remarks of Mr. Pompeo,” said the press Secretary of the Russian President.

“We continue to seek a constructive relationship with our partners overseas and hope that sooner or later there will be reciprocity from Washington,” concluded Sands.

#Russia’s government has sent bombers halfway around the world to #Venezuela. The Russian and Venezuelan people should see this for what it is: two corrupt governments squandering public funds, and squelching liberty and freedom while their people suffer. pic.twitter.com/bCBGbGtaHT

Thus a press-the Secretary of the President noted that it is not quite correct to comment on the statements of US Secretary of state, and expressed hope that the assessment of his statements will give the foreign Ministry.

On the eve of the defense Ministry reported that two Russian strategic Tu-160 heavy military transport aircraft An-124 and long-haul aircraft Il-62 Air and space forces of Russia made a flight from Russia to the international airport of Maiquetia the capital of Venezuela.

Local media reported that arrived to Venezuela the Russian aircraft will participate in joint exercises with the military of this country.