On the asteroid Bennu found traces of water 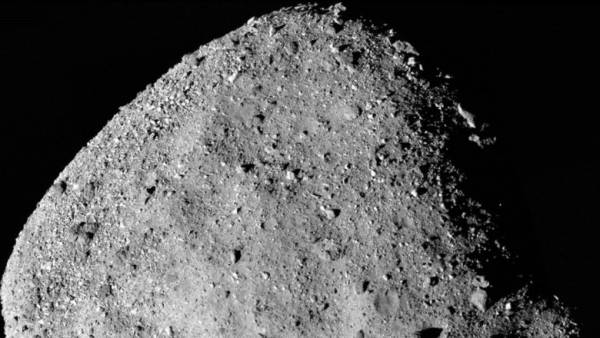 OSIRIS-REx, NASA launched two years ago, came to the purpose of their mission, the asteroid Bennu — just a week ago. Upon arrival of apparatus specialists sent scientific instruments of the probe to the side of the asteroid — including a set of cameras and spectrometers OVIRS and OTES. Through the analysis of data collected in two recent, scientists have been able to make an amazing discovery — to show that Benn rich in hydroxyls: molecules consisting of connected atoms of oxygen and hydrogen.

These molecules, as noted, are within the clay minerals.

And in this case we are not talking about liquid water — an asteroid, naturally, this is too small: open, however, indicates that water in the liquid phase was present in the past — perhaps on a much larger asteroid, which broke away from Benn.

Mineral samples from Bennu will be delivered to Earth in 2023 — as the researchers note, the study of these samples will provide very valuable information about the history and evolution of our Solar system.

It is also indicated that OSIRIS-REx confirmed, in particular, the shape, diameter and speed of rotation of Benn, previously calculated by experts on the Ground. However, as it turned out, the surface of the asteroid covered a much larger number of blocks than was supposed earlier: it can complicate sampling. One particularly large stone, as discovered by the probe, reaches about 50 meters high and 55 meters wide.