Wooden shelter of murderers, maniacs and terrorists in the North of the Sverdlovsk region 100% worn out 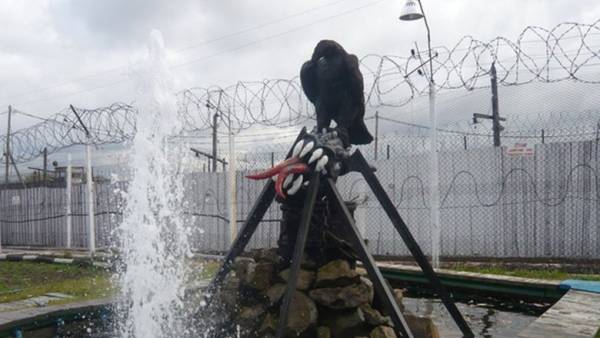 IR-56 — the first colony for life-term prisoners, created in Soviet times in the town of Ivdel, is preparing to close, reports TASS with reference to the Federal penitentiary service. In the “Black eagle” sat serial killers and rapists, the organizer of the terrorist attack at the Cherkizovsky market and many other criminals, which left a bloody trail in the history of Russia. The colony stands on the rock, so that prisoners could not escape by making a tunnel. Now the buildings worn out, and the prisoners became less. The remaining inmates are already carried on other prison establishments.

Whole life — prison: why Koreans are willing to get to the conclusion

IR-56, founded in 1935, originally belonged to the system of the urban region of the Gulag camps, the inmates of IK-56 harvested wood. Since 1983, the colony became the first and the last, which was full of people that the shooting was replaced by contents in the special conditions for a period up to 25 years. From prison it was impossible to escape due to its location on a cliff, but with rigs however have observed armed sentries.

In the “Black eagle” could simultaneously serve a term of 374 persons. However, in recent years the colony began to empty: 1 January 2017 it contained 97 lifers and more than 120 prisoners, instead of punishment, appointed various dates. The last colony was transferred to the Altai region in the summer of 2018 Ural prison left the last “bomber”.

After the closing of the colony, the remaining prisoners will be transferred to IR-6 special mode in the Khabarovsk territory. It’s called “snowflake”. As reported by the Federal penitentiary service, the conditions of detention there “correspond to European standards.” Be life convicts to other colonies began from September 2017.News

Into the wild over the last two years of the “Black eagle” was released on 27 prisoners. The Federal penitentiary service has proposed to close the institution because of the absolute wear wooden buildings, and due to the fact that there is almost no one sitting. When IR-56 liquidated in Russia will be six colonies in which people are serving life sentences.

In the “Black eagle” was one of the organizers of act of terrorism in the Cherkizovsky market Ilya Tikhomirov, “Lipetsk” Strangler Anatoly Sedykh, who killed 12 girls, and “hovrinsky” maniac Vladimir Belov, on whose account for more than 80 lives. There were also Eduard Chudinov — the leader of the gang that robbed the lives of 15 young women and a rapist Vladimir Mirgorod, killed 16 people. Conditions in the “Black eagle” is well characterized by the absence of sewage — prisoners sent defecate in buckets.