“Enlightenment” has corrected the tutorial, which refers to the capture of Russia China Amur region

TASS, 11 December. Publishing house “Education” has made edits to the history textbook for the eighth grade students, the contents of which caused controversy in the Amur region. This was reported TASS the press service of the publishing house. 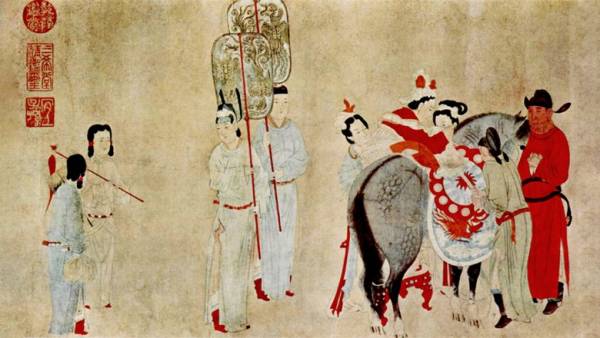 Earlier, local media reported that one of the residents of Blagoveshchensk protested the wording of the history textbook, in which learning is his child in gymnasium № 1.

In particular, it says that in the XIX century Russia had seized the Amur oblast.

“Chaos in China rushed to take advantage of the Europeans. Britain and France unleashed the Second “opium war” 1857-1860 years and got access to the internal trade of China. Russia took Amur oblast, France — part of the vassal to China, Vietnam, Japan and some Islands. However, with the help of the Anglo-French forces managed to suppress the Taiping rebellion,” — said in the text of the textbook.

“With the revision to the textbook Medyakova A. S., D. Y. Bovykin “Story. New time. The end of the XVIII — XIX centuries” for the 8th grade already made the edit regarding phrases resonated. The new list was submitted the updated tutorial” — said the publisher.

Now the phrase about Russia’s seizure of China’s territory Amur region in the updated tutorial is not: “Chaos in China rushed to take advantage of the Europeans. Britain and France unleashed the Second “opium war” 1857-1860, and got access to the internal trade of China. France took the part of a vassal to China, Vietnam, Japan and some Islands. However, with the help of the Anglo – French forces managed to quell the Taiping rebellion”.

In the “Education” made it clear that the tutorial with the specified phrase was in the previous Federal list, which is, however, still operates. When submitting the new list of textbooks were checked and, if necessary, they made corrections. “Since the beginning of January we are running a operational collection of comments and observations on textbooks and other products of the group of companies “Education”. Direct communication with teachers, students and their parents will help make them even better and more modern,” explained the publisher.

The reaction of the authorities

Thus, as consider in the Ministry of education and science of the Amur region, gymnasium № 1 of Blagoveshchensk has not broken the law, using the history textbook for pupils of the 8th class. “The textbook is in the Federal list of textbooks recommended for use when implementing state-accredited educational programs, the educational organization did not break anything, using it in work… More the issue of pedagogical community of the Amur regional Institute of education development. The results formed recommendations that will be forwarded to the Ministry of education of the Russian Federation”, — said TASS in the Ministry.