Where we do not expect

How in the world are struggling with a massive influx of tourists. 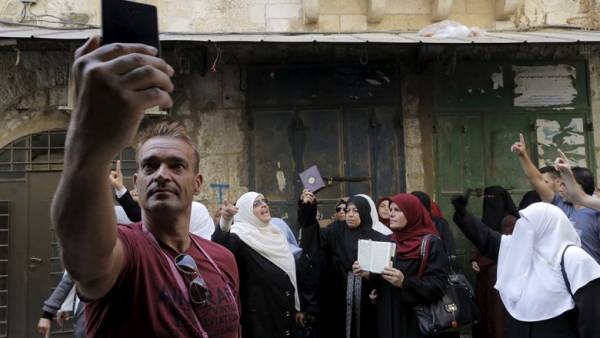 On a nose new year’s holidays, and so travel lovers off their homes and go to storm the sights around the world. How different countries, popular resorts, and museums restrict tourist traffic, telling korrespondenty “RG”.

To go to the popes

With the New year the administration of the Vatican Museums is going to introduce a limit on the number of visitors. The most difficult and also dangerous here is the summer season.

Many guides can justifiably be called the period of “hell”, given that the number of visitors often reaches 30 thousand people a day, and the temperature rises to an alarming level of 40 degrees.

According to the guides, in the narrow hallways leading to the Sistine chapel (this is the only place in the Museum where the air conditioning), daily swoon about a dozen people. Over the past year has documented at least ten cases of panic attacks among visitors, several tourists were injured, and one even suffered a heart attack.

The management of the Museums of the Vatican in the person of the Director of stores Barbara Gatti decided to seriously tackle the problem. Led by the museums hired a company to which the task was to improve security measures and to promote the air conditioning system in the Room Rafael and Apartments of the Borgias. The administration plans to open a second entrance for visitors. In addition, the Vatican will reopen previously closed galleries and going to train authorized guides little-known routes.

The corridors of the Museum complex covers seven kilometers, and guides recommended to drive people “anywhere other than the Sistine chapel”. It is unclear to what figures the administration of the Vatican museums will reduce the number of visitors and how this limitation will affect the profits of the stores, which annually earn about 100 million euros.

Who in the mausoleum

For all those wishing to visit the famous Taj Mahal in India Agra this year was a restriction that allows you to enjoy the beauty and grandeur of the world heritage site of UNESCO only in a certain period of time. According to the authorities, these measures are designed to stop the deterioration of the external appearance of the mausoleum-mosque, “whose snow-white marble in recent years in the eyes turns into worn gray stone.”

Now daily available 40 thousand tickets, and the duration of stay on the territory of the complex was reduced to 3 hours. And this, incidentally, 177 thousand square meters. Now visitors are forced to take a “sprint” pace, to see it all.

Such measures were made and the monument of Sardar Patel — one of the leaders of the independence movement of India, which was opened in Gujarat on 31 October 2018. This statue was the highest in the world. Its height is 182 meters, which is almost four times higher than the statue of Liberty in new York. After opening the hundreds of thousands who rushed to see the wonder of the world firsthand, and a record number of tickets sold in one day, was fixed at 3 million 600 thousand. Some time after the opening ceremony, the authorities have restricted the number of visitors to 5 thousand a day.