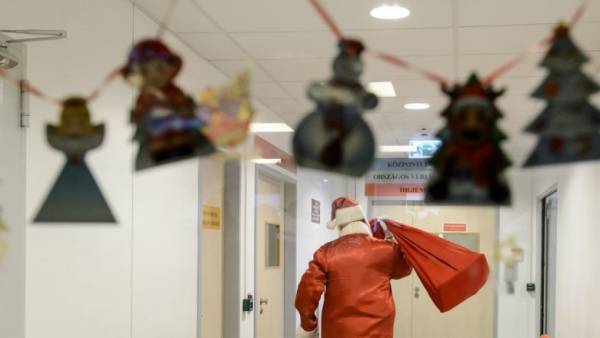 The police detained the resident of Texas after he said that Santa Claus does not exist, reports broadcaster NBC.

The incident occurred on Saturday around United Methodist Church Saint Mark in the city of CLEBURNE, when there was held the event “Breakfast with Santa”. 31-year-old Aaron Urban came to the Church along with two other people to protest the event.

They asked passers-by the question: “do You allow your children to believe in a fake Santa Claus?” One of the visitors asked them not to touch Santa and not to spoil Christmas for her children. Then they started yelling that Santa Claus isn’t real and that woman in vain to teach this to their children.

Urbanski was taken to the police station, charged with disorderly conduct. Now the man is detained pending the announcement of the bail amount, which he had to pay for liberation.

Earlier, in the town of Montville, new Jersey from work was dismissed school teacher that during class with the first graders also said that Santa Claus does not exist, and the presents under the tree really put parents. The woman also said that there is no Easter Bunny, tooth fairy, flying Christmas reindeer, elves and leprechauns.