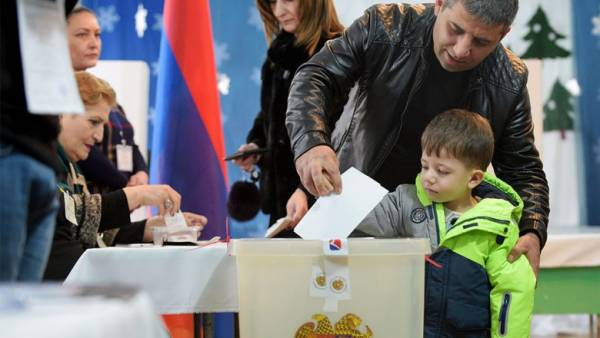 According to the electronic scoreboard of the Central electoral Commission, party election bloc “My step”, according to 29 of the 2010 polling, gaining 1 362 thousand voices or 59,71%.

Led by ex-President of Armenia Serzh Sargsyan of the opposition Republican party, proclaimed the intention of becoming the second political force in the new Parliament, gaining 116 votes or of 5.09%.