The Finnish journalist “deprived” of the status of St. Petersburg cultural capital of Russia

MOSCOW, 9 Dec — RIA Novosti. The correspondent of the Finnish broadcasting company Yle, Kerstin Kronwall compare Moscow and St. Petersburg, to doubt that St. Petersburg is the cultural capital of Russia. 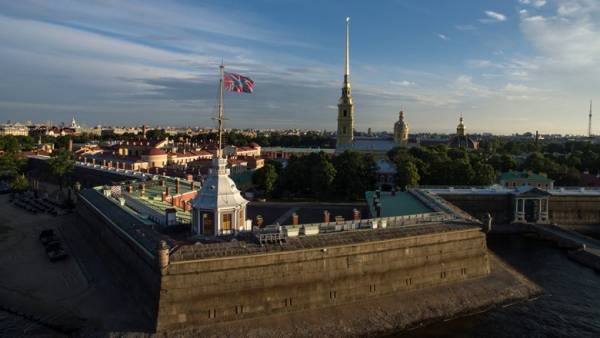 Kronwall is very funny and “completely incomprehensible” that the inhabitants of St. Petersburg, as it seems, “it is vital to explain that their city is better than the capital of the country”, while in Moscow itself, according to the journalist, such is not found.

“Love” of St. Petersburg residents to call their city to the Russian cultural capital is the only “quiet smile.”

According to the journalist, Moscow symbolizes the “dynamic development, speed, wealth and a certain arrogance”, while Petersburg is a friendly metropolis that is the feeling of “small town”.

“It’s a little slower, a little poorer and a little more conservative than in Moscow”, — said the journalist.

However, the author claims that she likes both Russian cities, and in order not to hurt anyone’s feelings, leads pre-conceived response:

“The city is not a faithful husband, and therefore it is possible to love two”.

Earlier, Kerstin Kronwall expressed the opinion that the program “Fashionable sentence” humiliating to women, because its essence is the charge of participating in not good enough. In her opinion, all participants of the project are disadvantaged, because “the woman is always wrong — that is, it needs to change.”

The host of “Fashion verdict” Alexander Vasiliev, commenting on the accusations of the journalist, said that the program is not about women’s humiliation, and “the disguise”.