The American Ambassador was summoned to the foreign Ministry of China

BEIJING, 9 Dec — RIA Novosti. Deputy Minister of foreign Affairs of China Le Yucheng called the U.S. Ambassador, who made a submission in connection with the arrest of the Treasurer of Huawei Meng Wanzhou, said the foreign Ministry. 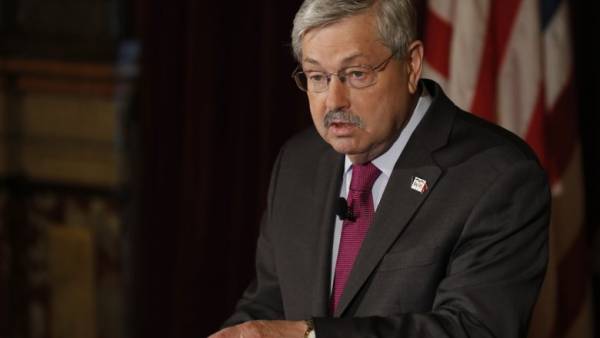 Earlier it became known that the man Wanzhou is the daughter of Huawei founder Ren Janvey and Deputy Chairman of the management Board of the company was arrested in the canadian city of Vancouver on December 1.

Its extradition request of the USA on suspicion in violation of us trade sanctions against Iran. Embassy of China in Canada called the detention a gross violation of human rights and has made a submission to both the US and Canada.

On the eve of China promised Canada serious consequences if the top Manager is not immediately released. The court in the case of the CFO of Huawei will be held on Monday.

As reported by the newspaper the Vancouver Star, the defense the defendant offered 12 conditions for her release on bail, among which the constant presence of the house, curfews, surrender of all passports, GPS tracking.

According to the newspaper, the prosecution insists that the Wanzhou man has been remanded in custody, otherwise she can leave the country to China, what is to prevent justice.